The Ashland Corrosion Science Center, headquartered in Dublin, Ohio, will be headed up by Kevin Lambrych, who, along with Lisa Adkins, recently joined the corrosion team at Ashland, which is known for its Derakane corrosion technology. Other members of the group include Tim Pepper, Michael Stevens and Don Kelly. 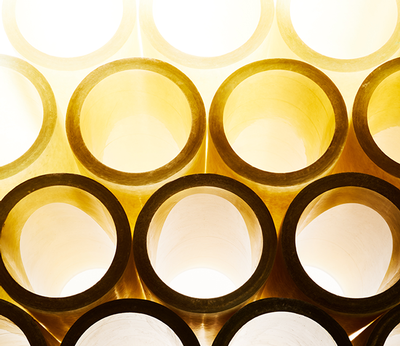 Ashland Inc.
Ashland's Derakane vinyl ester resin is used to make pipes and other structures, and has been used in the construction of bridge decks.

Ashland says the new center is modeled after the success of a similar center Ashland customers can take advantage of in Europe.

The company says the new center will be focused on defining the efficacy of fiber-reinforced polymers in new corrosion applications, and supporting customers already using FRP technology in fields like chemical processing, oil and gas and mineral processing.

FRP technology has seen increased use in bridge construction applications, including in the deck of a railroad bridge in Washington D.C., which was replaced in 2014 using Ashland’s Derakane vinyl ester. The resin is also used to make pipes and other structures.