Rust-Oleum now faces a proposed class action lawsuit one year after an advertising industry watchdog took aim at the company over ad claims about one of its consumer spray paint product lines.

The case, filed in late February in the U.S. District Court for the Northern District of Illinois, alleges that Rust-Oleum is engaged "in past and present deceptive representation" regarding its Painter’s Touch Ultra Cover 2x Spray Paint. 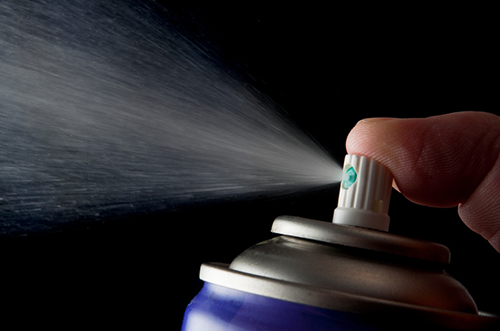 © iStock.com / carlosalvarez
The proposed class seeks restitution and an order for a corrective advertising campaign.

Rust-Oleum’s “advertisements, including the Product’s name, label, packaging, website, and brochures are false, misleading, and likely to deceive a reasonable consumer,” the suit alleges.

“Rather than providing ‘twice the coverage’ as its competitors, the Product performs below its express representations and fails to fulfill Rust-Oleum’s affirmative promises,” according to the complaint.

The suit alleges that members of the class paid more than they would have for comparable products and they have had to spend extra time and money to purchase additional paint to compensate for the coverage deficiencies.

The suit seeks class certification, an order compelling a corrective advertising campaign, restitution and other forms of relief.

Rust-Oleum, which is owned by RPM International Inc., declined to comment Monday (March 20) on the case.

The spray paint line first came under fire last March when the National Advertising Division, run by the Better Business Bureau, ruled that the name and marketing materials for the product went too far in making claims that it provided twice as much coverage as competitors.

The ruling was spurred by an investigation by the advertising industry’s self-regulating body, brought about by a complaint from The Sherwin-Williams Company, the parent company of Krylon, a competitor.

The NAD asserted in its findings that Rust-Oleum’s in-house testing that provided the basis for the “twice the coverage” claim was questionable, and that earlier testing by an independent body had pitted the Ultra Cover 2x product against older products that were no longer on the market, not the paint’s current competitors.

According to the NAD, an advertising brochure touted the product as providing twice as much coverage as “Brand K.”

Following the ruling, Rust-Oleum agreed to discontinue the “more solids and pigments” claim.

However, the manufacturer stopped short of changing the product name and appealed the decision to the National Advertising Review Board, the appellate unit of the advertising industry’s system of self-regulation.

The manufacturer was said to have argued that reasonable consumers could interpret “2x Ultra Cover” or “Ultra Cover 2x” as indicating something other than a claim that the product delivers twice the coverage as other products, but the panel disagreed.

Ultimately, in September 2016, the panel recommended that the company discontinue the use of “2x” as part of the Painter’s Touch Ultra Cover product name.

Rust-Oleum disagreed with NARB’s decision, but indicated in its advertiser’s statement that “as a supporter of voluntary industry self-regulation, Rust-Oleum will take the Panel’s recommendations into consideration in formulating product labeling and advertising.”

Editor's note: This story was one of our most popular in 2017, and it appeared in our Readers' Choice edition Dec. 27. Since it was originally published, the case has continued to wind its way through the court process. There has yet to be a ruling.