Improved worker safety and increased productivity are the goals behind a new robotic painting and cleaning system now in operation in Singapore. 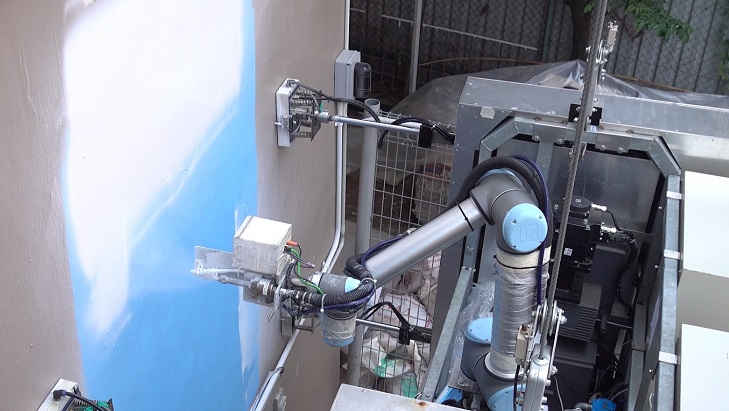 "Our aim is to make the cleaning and painting of high-rise buildings easier, safer and more cost-effective," Professor Chen I-Ming, who teaches at NTU's School of Mechanical and Aerospace Engineering, said in an announcement on the development. "By using spray painting over conventional roller painting, our robot is also more precise and efficient, minimizing waste and saving paint."

The robot’s name is OutoBot and was developed in response to a national Housing & Development Board’s call for proposals to automate the exterior painting of HDB’s public housing buildings. The development also addresses productivity in light of an aging workforce in Singapore, according to Dennis Lim, managing director of ELID Technology.

"With Singapore's rapidly aging workforce, we need to find ways to enable our employees to continue contributing despite their advanced years," Lim explained.

"Using our new robot, we have shown that a labor-intensive job can transformed into one that can be easily done by an older worker, and at the same time eliminating the risk of employees having to work at heights," added Lim.

The system has a robotic arm with six degrees of freedom, and is equipped with a camera and spray nozzle, according to a project description. It is mounted on a specially designed automated gondola and weighs under 500 kilograms, developers said.

OutoBot requires only two workers—one to operate the system on the ground and one to serve as a safety officer. Traditional cleaning and painting methods in Singapore take at least five workers, two on the ground and roof with three cleaners or painters on the gondola, the developers note.

The automated system is reportedly capable of speeding up both processes by about 30 percent, since it does not need to rest. Less product is also used throughout the painting phase, the developers added.

Multiple systems can be used on the same building at the same time to further speed up the cleaning and painting of the structure.

Developers said the system has been “put through its paces” at an industrial building in Ubi, in the eastern part of Singapore.

Future plans involve testing OutoBot on public housing blocks and collaborating with companies and government agencies to find other commercial and residential applications for the system, the developers report.

And, according to Kenneth Wong with ELID Technology, they have plans to take this system to other parts of the world, including the U.S.