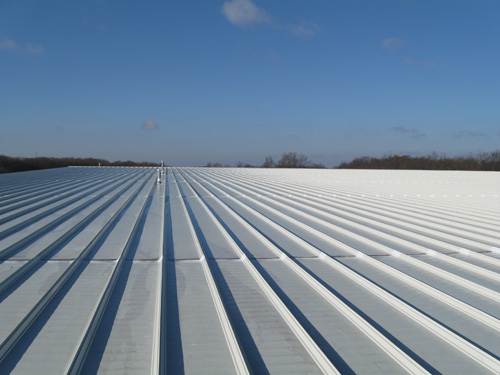 RCMA
RCMA said it was successful in getting a “roof coating” definition into the model codes as well as a list of substrates that can be recoated without triggering reroofing requirements.

“RCMA has worked hard to further our industry’s recognition, and has brought a unified voice on common issues and concerns important to our respective companies,” Jim Kirby, RCMA executive director, said in the annual report.

The association’s president John Stubblefield expressed thanks to industry players who volunteered and participated in committee activities and task forces.

Highlights from the annual report are reported below.

In 2016, the organization’s Technical Affairs committee was “more active than ever before,” RCMA said.

RCMA said it was successful in getting a “roof coating” definition into the model codes as well as a list of substrates that can be recoated without triggering reroofing requirements.

The association also said that it was able embark on a 10-year field study during the end of 2016. Some 50 samples were placed on three rooftops in Arizona, Florida and Minnesota, with the objective of determining the effect of coatings on the physical properties of single ply membranes, RCMA said.

Other tests in collaboration with the Cool Roof Rating Council are also ongoing.

The RCMA said it disseminated information to its members regarding the Environmental Protection Agency's updated Energy Star program requirements for roof products, which go into effect July 1, 2017.

Further, the RCMA along with NSF International, which is a third-party group that develops public health standards and certification programs, reported that they created the first product category rule (PCR) for roof coating materials in North America.

The PCR enables product environmental information to be more transparent and useful to the marketplace, the groups said in a joint announcement in December.

Products covered in the PCR include fluid-applied and adhered coatings used for roof maintenance or roof repair, or as a component of a roof covering system or roof assembly.

The 43-page guide is available at this link.

The next step is to develop a Life Cycle Analysis (LCA) document which should be complete in 2017, RCMA said.

In its government initiatives update, RCMA said it engaged in meetings with regulators to advocate and strengthen regulatory actions for the roof coatings industry.

RCMA continued to push for revisions to the National Ozone Standards that would reduce or delay the effects of the National Ambient Air Quality Standards.

Leaders worked closely with Rep. Pete Olson (R-TX) and the U.S. House of Representatives Energy & Commerce Committee to draft the Ozone Standards Implementation Act. Among other provisions, the bill would extend state deadlines to submit implementation plans for the new ozone standard of 70 parts per billion (from 75 ppb) until 2026.

The bill passed the House of Representatives in June 2016 and a companion bill has advanced in the Senate. The association says it remains optimistic about this “common sense” measure clearing the Senate in 2017.

The association noted that 90 percent of volatile organic compounds (VOCs) have been eliminated from roof coatings during the past 30 years, but regulations continue to push for a reduction of those compounds.

SCAQMD, which regulates air pollution from stationary sources in the South Coast Air Basin, which includes all of Orange County and Los Angeles, is known for imposing some of the most stringent limits on coatings in the U.S.

The science behind reflective roof coatings is presented in an easy-to-understand format, and real-world case studies are presented to illustrate the information presented, according to RCMA.

RCMA is an approved continuing education provider with the American Institute of Architects (AIA), RCI Inc., and the U.S. Green Building Council.

With 69 member companies, 27 associate members and 42 regular members, RCMA said it advances, promotes and expands the national and international market for the roof coatings industry.

More information on RCMA can be found on its website. The association held its 2017 annual meeting Feb. 27-28 in Las Vegas.