Paper Cautions Use of Antimicrobial Paints

Paints, flooring, door knobs and other building products made with antimicrobial additives could enable proliferation of so-called “super bugs” and their use should be approached with skepticism, according to a new white paper.

Global research-driven architecture firm Perkins + Will along with the nonprofit Health Building Network conclude that antimicrobial building products “marketed as healthy or beneficial to human health contain ingredients that may have adverse environmental or human health impacts, and alternative products should be considered whenever possible.” 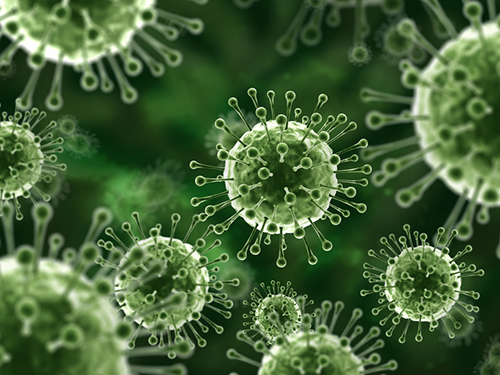 © iStock.com / adventtr
The paper’s authors say the widespread use of antimicrobial building products may actually contribute to the formation and spread of illness-causing germs that no longer respond to medical treatment, i.e., super bugs.

The paper says that while building products with antimicrobial additives are relatively new to the marketplace, their recent surge in popularity has been driven by manufacturers “looking to differentiate themselves and tap into consumer demand for healthy products and healthy building environments.”

“What consumers don’t realize is that the federal government considers antimicrobials pesticides because they are agents used to kill or control living organisms—and they should therefore be used with great care,” states Suzanne Drake, a senior interior designer at Perkins + Will and a co-author of the paper.

The Centers for Disease Control and Prevention and the Food and Drug Administration have both concluded that there is no evidence that antimicrobial additives provide an added benefit, even in hospitals, the paper indicates.

The paper’s authors say the widespread use of such products may actually contribute to the formation and spread of illness-causing germs that no longer respond to medical treatment, i.e., super bugs.

Further, they note a lack of transparency when it comes to advertising products containing antimicrobial additives, “even when you examine a Health Product Declaration or third-party certificate.”

“Ideally, manufacturers would clearly disclose when antimicrobials are added to building products, the specific additives used, and their purpose within the product,” according to the paper.

“Until this is standard practice, the designer’s best course of action is to educate clients interested in antimicrobial products, and explain why they may want to be avoided.”

Perkins + Will has added products marketed as antimicrobial to its list of substances of concern that are generally to be avoided.

“These agents include organohalides such as Triclosan, silver ions, copper, and quaternary ammonium compounds.”

Zielnik says that while some tests have shown that some technologies “may reduce the microbial load on treated surfaces, their effectiveness in reducing hospital acquired infections (HAI), or in improving or protecting the health of building occupants, has not been demonstrated.”

Further, he adds that concerns have recently been raised over the use of such agents, noting the recent ban on the use in hand soaps. Zielnik says the white paper summarizes the authors’ present thinking about the current use of antimicrobials in the building industry.

A spokesman from Sherwin-Williams said the company “has been working with leading medical professionals and others in the health care industry to help combat disease causing bacteria.”

The paint manufacturer recently released a product called Paint Shield, billed as a microbicidal paint said to kill 99.9 percent of Staph (Staphylococcus aureus), E. coli (Escherichia coli), MRSA (Methicillin-resistant Staphylococcus aureus), VRE (Vancomycin-resistant Enterococcus faecalis) and Enterobacter aerogenes on painted surfaces within two hours of exposure, and continue to kill 90 percent of bacteria for up to four years when the integrity of the surface is maintained. The company says the product is registered with the EPA.

In response to the report, the executive director of the American Chemistry Council's Biocides Panel, Komal K. Jain, said that these chemicals are "extremely well-regulated" and "critical" components used in building materials.

"While this report primarily discusses the use of antimicrobials to protect public health and safety, most antimicrobials used in building materials act as key material preservatives.

"This report fails to clearly distinguish between these uses or explain the need for and benefits of antimicrobials as material preservatives, creating the misleading impression that antimicrobials are not beneficial additions to building materials," said Jain.

As an example, Jain said the materials ensure that low-VOC paint doesn't require refrigeration and they further extend the life of materials such as wood and drywall.

"Antimicrobials are key elements to creating more sustainable construction projects," she said. Jain also suggested that the report is based on "over generalized claims and a limited examination of the extensive body of literature supporting the safe use of antimicrobials."

The American Coatings Association did not immediately respond Monday (March 6) to a request for comment on the study or antimicrobial products in general.

Editor's Note: This story was updated at 8:49 a.m. Tuesday (March 7) to include the American Chemistry Council's response to the report.

Editor's note: This story was one of our most popular in 2017, and it appeared in our Readers' Choice edition Dec. 27.