Currency translation and price/mix effects took a toll on 2016 revenues for global coating company AkzoNobel, according to the company's latest financial report.

However, the Amsterdam-based firm remains positive and anticipates improving developments in many parts of the world, including North America, Asia and EMEA (Europe, Middle East and Africa). 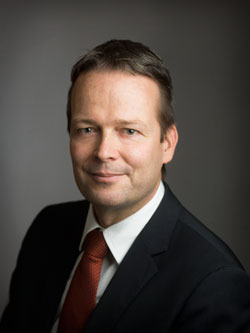 Photos: AkzoNobel
AkzoNobel CEO Ton Büchner says the company has improved its ability to respond to developments and seize growth opportunities in its markets.

Revenue was down 4 percent to €14.2 billion, mainly due to unfavorable currency effects, the company said.

"We achieved record levels of profitability in 2016 and are making further steps in delivering on our strategy of continuous improvement and growth,” said CEO Ton Büchner. "We have structurally improved our ability to respond to developments in our markets and are better able to seize growth opportunities, including acquisitions. We completed the purchase of the BASF Industrial Coatings business in December 2016.

"We continued to invest to support growth, with new plants and research facilities in the U.S., U.K., China and India.

"Throughout the year we introduced more innovative new products, advanced our digital agenda and made significant steps in sustainability with higher levels of revenue from our eco premium solutions.”

The company’s Decorative Paints segment recorded a 4 percent decrease in revenue and a 3 percent increase in operating income for the year.

Full-year volumes were up 3 percent overall with positive developments in Asia and EMEA, while volumes in Latin America were down. Positive volumes were more than offset by unfavorable currency effects and adverse price/mix, the company said.

The company won a key award for its wet color tester in the Netherlands; it is now being rolled out into other markets, part of ongoing efforts to help consumers make more confident color choices.

AkzoNobel reported a 5 percent decline in revenue in its Performance Coatings segment. Operating income in the segment decreased 4 percent driven by adverse currencies and price/mix effects.

Volume growth for the year was flat, as growth in some segments was offset by weak conditions in the marine and oil and gas industries, according to the company. Demand trends differed per segment and region.

In 2016, the company's Vehicle Refinishes business launched Colorvation digital technology, billed as a “unique system to increase speed and accuracy in color matching for body shops, maximizing productivity and profitability.”

Volumes were up 1 percent in the segment, driven by developments in Asia and Europe.

Continuing the focus on growth markets, AkzoNobel inaugurated two new plants in Ningbo, China, and announced a further facility in Tianjin. The company also announced a joint venture with Atul to set up a monochloroacetic acid plant in India.

"We are now a stronger, more agile company, with excellent brands, a growing global presence and a solid financial and operational foundation,” said Büchner.

The company says it maintains its 2016-2018 targets. The company notes that market trends experienced in the second part of 2016, including for marine and oil and gas industries, are expected to continue during the first half of 2017.