A panel of federal judges has denied a request from industry groups to delay proceedings in a court case that challenges the new federal respirable silica rule, a request that the petitioners had hoped would give the Trump administration time to consider whether or not to defend the rule.

The ongoing case, N. Amer. Bldg. Trades Unions v. OSHA, pits both industry groups and some unions against the Occupational Safety and Health Administration, which put the new rule in place last year. Industry groups have expressed concerns about how protection requirements were determined, while unions challenging the law are concerned with provisions related to free silica testing and protection for workers who need to be removed from a worksite as a result of silica exposure.

OSHA issued its final rule on respirable silica exposure in March 2016. The updated rule reduces the permissible exposure limit for crystalline silica to 50 micrograms per cubic meter of air, averaged over an eight-hour shift. 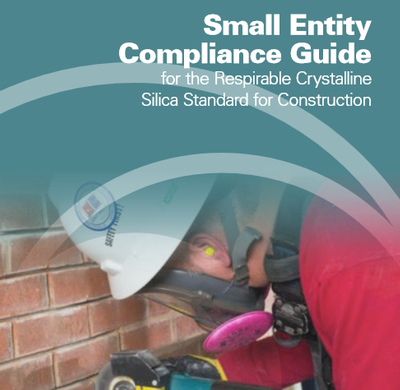 Two rules were issued: one for the construction industry and one for general industry. Employers covered by the construction standard have until June 23, 2017, to comply with most requirements, while employers covered by the general industry and maritime standard have until June 23, 2018.

OSHA recently issued a Small Entity Compliance Guide for the smaller businesses working to comply with the new silica rule.

Studies indicate that breathing in silica dust can lead to the debilitating and potentially fatal pulmonary disease silicosis—an incurable and progressive disease—as well as lung cancer.

The suit, filed in the U.S. Court of Appeals for the District of Columbia Circuit, requires final briefs by March 23. Industry groups, which oppose the measure on a broader scale, had sought a 60-day delay, in hopes that the extra time would give the new presidential administration time to consider the case, and possibly drop the government’s defense of the rule.

Union groups, which seek more specific changes to the rule, petitioned to move forward with the case.

The unanimous ruling from a three-judge panel came with no further explanation; it simply says the motion for a delay was denied.

OSHA is part of the Department of Labor, which is currently under the direction of Acting Secretary of Labor Edward Hugler. President Donald J. Trump’s original nominee for Secretary of Labor, Andrew Puzder, withdrew his nomination for the post Wednesday (Feb. 15), after reports indicated some Senate Republicans might join Democrats in voting against his confirmation.

How the Labor Department will operate under Trump and a new Labor Secretary remains to be seen, but Trump has been upfront about looking to eliminate regulations rather than increase them. On Jan. 30, he signed an executive order that mandates the elimination of two federal regulations for every new regulation that hits the books.