Huntsman Corp., an American-based specialty chemical manufacturer, reported a recent fire at one of its titanium dioxide manufacturing facilities in Pori, Finland, amid plans to spin off its pigments and additives business.

The Woodlands, Texas-based company said that there were no injuries in the Jan. 30 fire that rocked the plant capable of producing 130,000 tonnes per annum of TiO2—a white pigment used in paints and other applications. 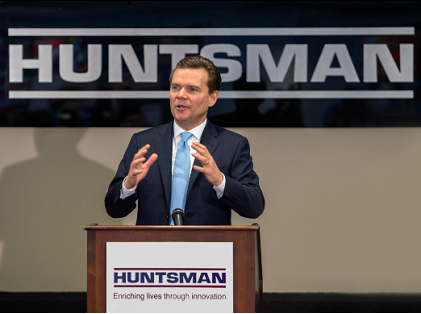 Photos: Huntsman Corp.
News of the fire comes as the chemical manufacturer is planning a spin off of its pigments and additives business unit. CEO Peter R. Huntsman says the spin off is making significant progress.

The company did not provide damage estimates, but indicated that it plans to repair the plant “as soon as possible.”

Additional details about the fire or its cause were not available Tuesday morning (Feb. 14). However, the company says it plans to share an update during its fourth quarter 2016 earnings call Wednesday (Feb. 15).

The blaze comes as Huntsman is separating from its pigments and additives business unit, which will focus on TiO2 production. In January, the company said it had decided to retain its textile effects business and exclude it from the spin off.

Further, Huntsman has announced the name of the new company: Venator Materials Corporation. The company will operate 27 facilities, employ approximately 4,500 associates and sell products in more than 110 countries.

Huntsman says “venator” is Latin for hunter and is intended to acknowledge Huntsman’s legacy. Shares for the new entity are expected to trade on the New York Stock Exchange after the distribution to Huntsman’s shareholders in the second quarter of 2017, the company said.

Simon Turner, who is now division president of Huntsman's pigment business, will take on the role of president and CEO of Venator, according to Huntsman.

"We are making significant progress toward the spin-off and are pleased with the Pigments and Additives business recovery,” said Peter R. Huntsman, Huntsman president and CEO.

The plan to spin off rather than sell the business was announced in July 2016, after the pigments and additives business became profitable again, following a period of poor performance.

When business was down, Huntsman attempted to distance itself from the titanium dioxide business, according to the Houston Chronicle, and even began eliminate about 900 jobs in 2015, most of them at three titanium dioxide manufacturing plants in Germany and Finland.

However, once business improved, the company determined it would be better served to spin off the unit and sell shares instead of selling it outright.

“We expect Venator will be a premier pigments company unencumbered by excessive debt or other unrelated liabilities,” Huntsman added. “Improved titanium dioxide pricing combined with the identification of business improvement opportunities that are incremental to current earnings are expected to more than offset the free cash flow that Venator would have received from the Textile Effects business.”

Huntsman has also recently announced that its president has been appointed to the American Chemistry Council’s executive committee and board.

ACC President and CEO Cal Dooley noted that the industry advocacy group is “thrilled to welcome” Huntsman to the ACC.

“ACC has achieved great success and I look forward to working alongside Peter and his team as we build on our momentum in 2017 and beyond," Dooley said.