A San Francisco government oversight committee conducting hearings to determine what went wrong at the sinking Millennium Tower has heard from an engineer involved in early stages of the project.

The tower, which opened in 2008, has reportedly sunk 16 inches and is tilting 2 inches. Originally, it was expected to settle about 5 inches over time. News of the luxury residential tower’s sinking issues first made headlines in August 2016.

It is now the focus of a class action lawsuit and much finger-pointing, including developers blaming the construction of a nearby transit station. 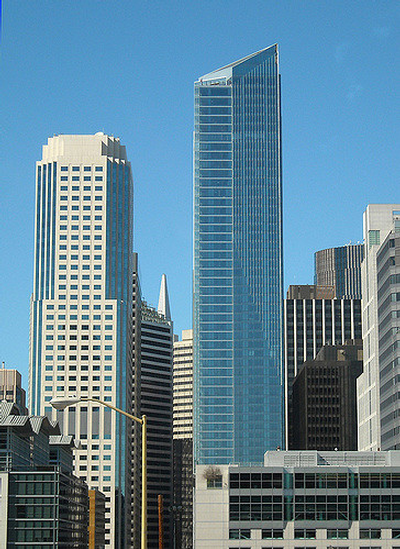 By Daniel Ramirez – CC-BY 2.0, via Flickr
The Millennium Tower, a high-rise residential building in San Francisco, has sunk 16 inches and is tilting 2 inches to one side.

Why the building began to sink and who may be left to foot the repair bill have been top of mind for residents and other stakeholders involved.

The city’s Board of Supervisors, which is conducting a series of hearings to determine what the city staff knew and when about the 58-story tower’s structural issues, heard Thursday (Feb. 2) from Jack Moehle, a licensed civil engineer and University of California Berkeley professor.

Moehle was hired in 2004 by the project’s developer Millennium Partners, according to a local NBC News affiliate.

During his testimony, Moehle reportedly said his role had been limited to assessing the seismic performance of the tower structure. However, Moehle reported and assessed the foundation of the building.

He was questioned about a letter dated January 2006 in which Moehle concluded: “On the basis of my review, it is my opinion that the foundation design is compliant with the principles and requirements of the building code, and that a foundation permit can be issued for this project.”

Committee officials say the city relied on the letter in issuing permits.

Moehle told the committee his rationale for the letter: “I’m not saying the foundation design has been reviewed by me and I have determined that the foundation is going to work. And it’s separate. It doesn’t say that. I’m not qualified to do that.”

Supervisor Aaron Peskin expressed frustration after the hearing: “The city relied on him. He’s basically saying, ‘You shouldn’t have relied on me’… that’s what we heard today. It’s more than frustrating; it’s just embarrassing.”

In September, the Board of Supervisors said documents indicated that the city’s Department of Building Inspection knew that the building was settling more than expected even before the residents moved in.

Meanwhile, a solution for the sinking is in the works, Bloomberg reports, suggesting that some inspiration might come from the 1998 case of the Mandalay Bay hotel casino in Las Vegas, which sank almost 19 inches as its weight displaced water from an underlying acquifier. In that case, hundreds of metal cylinders were drilled underneath the structure to stabilize the edifice, according to the Las Vegas Sun.

Sage Engineers President Steven Sanders cautioned about jumping to conclusions. “You have to be very careful about these different fixes. They’re very dependent on soil conditions and building types,” he told Bloomberg, noting that Millennium Tower is unique.

“It may be tough to really go down the road and identify possibilities based on historical knowledge. I think it would be hard and probably dangerous to say, ‘This is done here, why don’t you do the same thing here.’”