Paint and coatings giant PPG reported a dip in net sales and a nosedive in net income for its fourth quarter 2016 due to unfavorable currency rates and charges related to its global restructuring.

The Pittsburgh-based multinational turned in fourth-quarter net sales of $3.5 billion, down more than 1 percent from the year-ago quarter, according to its announcement Thursday (Jan. 19). 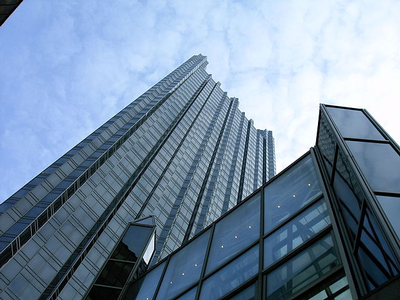 These aggregate net sales gains were more than offset by unfavorable foreign currency translation, which reduced net sales by about 3 percent, or approximately $100 million.

These after-tax charges include: $146 million for business restructuring; $51 million for increases to legacy environmental reserves; $23 million for tax true-ups related to asbestos settlement funding; $5 million for a premium on the early retirement of debt; and $44 million for the loss on the sale of the European fiber glass business offset by a $33 million net gain on the disposals of ownership interests in business affiliates, according to PPG.

“For the fourth quarter, our adjusted earnings per diluted share increased by 3 percent, aided by coatings volume growth of nearly 2 percent and despite significant currency translation headwinds,” McGarry said.

For the full year of 2016, the company reported:

“For the full year, in addition to 7 percent adjusted earnings-per-share growth, we completed a variety of strategic actions to strengthen our company,” said McGarry. “These actions included continued business portfolio optimization through several acquisitions and divestitures and further minimization of legacy risk as we fully funded the Pittsburgh Corning asbestos trust and completed the annuitization of a large portion of U.S. and Canadian pension obligations.

“Additionally, we continued to invest in new product development and increased our spending focused on improving our organic growth results.”

Performance Coatings net sales for the quarter were $1.98 billion, down 4 percent from the same period a year ago. This division comprises Protective and Marine, Aerospace coatings, Architectural coatings, and the Automotive Refinish business.

The Performance Coatings segment income for the fourth quarter 2016 was $239 million, down about 4 percent, versus the prior year, including unfavorable foreign currency translation of about $15 million driven primarily by the Mexican peso, the euro and the British pound, according to PPG.

Protective and marine coatings sales volumes declined by a low-double-digit percentage year-over-year as growth in protective coatings was more than offset by further weakness in shipbuilding activity in Asia Pacific, the company added.

Sales volume growth continued in the U.S. and Canada company-owned stores network but was offset by weakness in the independent dealer channel and national retail accounts, and Mexican growth continued despite strong growth in the prior-year comparable period, the company reported.

Net sales in Industrial Coatings rose five percent over 2015 in the quarter, to $1.44 billion, despite unfavorable foreign currency translation of more than 2 percent, or approximately 30 million.

Sales volumes grew by about 5 percent, led by strong emerging-region growth in all businesses. Acquisition-related sales added approximately 3 percent, or about $40 million.

Fourth-quarter Industrial Coatings segment income of $236 million was down $4 million versus the prior year.

Packaging coatings sales volumes grew by a mid- to high-single-digit percentage due to ongoing adoption of PPG’s new can coating technologies and despite strong growth in the prior-year comparable period, the company reported.

Glass segment net sales for the fourth quarter were $80 million, down 34 percent, year-over-year primarily due to the divestiture of the European fiber glass business. Sales volumes for the remaining North American fiber glass business were down approximately 3 percent due to the weaker demand for wind-energy-related products, partly offset by growth in the construction end-use market.

Segment income for the quarter was $12 million, up $1 million versus the prior-year period due to significant cost-management efforts and despite the absence of the divested fiber glass business and joint ventures.

“As we begin 2017, we are operating in an uncertain and evolving macroeconomic and regulatory environment,” said McGarry.

He notes the company is anticipating improved momentum in overall global economic growth with continuing but uneven growth in emerging regions.

“However, the timeline for this growth improvement remains uncertain, so we are aggressively managing all elements within our control and recently initiated a new business restructuring program targeting $125 million in annual savings,” said McGarry.

“Additionally, we will continue our growth investments and we have announced targeted selling-price increases to combat recent inflationary cost pressures. Finally, we anticipate deploying an additional $2.5 billion to $3.5 billion of cash on acquisitions and share repurchases in years 2017 and 2018 combined, as we remain focused on shareholder value creation,” he concluded.