The British Coatings Federation has joined with British Marine and the Royal Yacht Association to promote safety with antifouling coatings to do-it-yourselfers in the U.K. 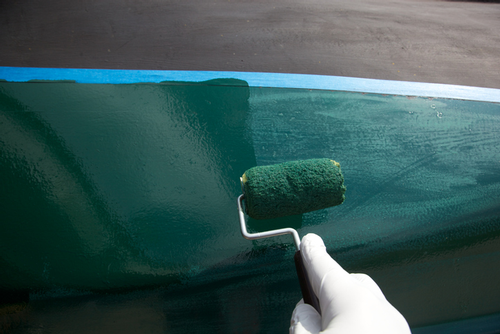 © iStock.com / pastorscott
The DIY Safe Antifouling Initiative was unveiled earlier this month at the London Boat Show,  promoting safety for boaters who choose to work with antifouling coatings.

The DIY Safe Antifouling Initiative was unveiled earlier this month at the London Boat Show, and includes a website with a toolkit for promoting safety for boaters who choose to work with antifouling coatings, which contain hazardous chemicals and require handlers to use personal protective equipment.

The BCF joined with a number of coating suppliers, trade associations and boating-related publications and organizations to conduct a survey of more than 2,400 boat owners on the topic of antifouling practices. The results, released in March 2016, showed that 95 percent of boat owners surveyed applied antifouling coatings themselves, with 83 percent applying paint each year.

The survey came in reaction to speculation that the European Union’s Biocidal Products Regulation or other similar U.K. legislation could ban the use of antifouling coatings by non-professional users.

The BCF holds that the results of the survey—which indicate that 97 percent of respondents wore gloves when applying antifoulants, and 92 percent used some kind of eye protection—show that British boat owners are responsible users of the coatings, and more education could help, but banning consumer use outright is unnecessary.

If DIY Antifouling Were Banned...

The survey results indicate that 43 percent of boat owners simply would not consider hiring a professional to apply antifoulants to their boat, with small percentages saying they would stop applying antifoulants, or move their boat away from the U.K., if the country were to restrict their use of the coatings.

Additionally, 23 percent said they would seriously consider selling their boats if they no longer had the option of painting them themselves.

The new BCF initiative will also include a five-minute video, yet to be released, showing do-it-yourselfers how to safely antifoul a boat.