RPM International Inc. (Medina, OH), parent company of coatings and sealants brands including Carboline and Tremco, saw a 3 percent increase in sales in the second quarter of its 2017 fiscal year, though the decision to exit a polymer flooring business in the Middle East contributed to a $70.9 million net loss for the firm. 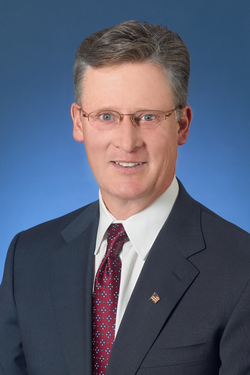 RPM, which reported its second-quarter financials Thursday (Jan. 5), saw net sales of $1.19 billion during the quarter, up from $1.16 billion during the second quarter of 2016. According to the company, organic sales grew by 3.8 percent, with acquisition growth adding 1.7 percent; foreign currency translation accounted for a 2.5 percent reduction in sales numbers.

The net loss, RPM says, is due to two major one-time charges: a $188.3 million impairment charge related to the firm’s Kirker consumer nail enamel business, and a $12.3 million charge for exiting a polymer flooring business in the Middle East.

RPM’s industrial segment, including Carboline, Tremco and Stonhard, reported a slight increase in sales—up 1.6 percent year over year, to $633.4 million. The growth in sales comes via an increase in organic sales (2.2 percent) and acquisition growth (2.2 percent), offset by a 2.8 percent reduction due to foreign currency translation.

Earnings before interest and taxes (EBIT) for the industrial segment showed a 20.4 percent decline, due in large part to the $12.3 million charge incurred for the company’s decision to exit the Flowcrete polymer flooring business in the Middle East. If the charge is excluded, EBIT was down 1.7 percent, to $64.5 million, from a $65.6 million prior-year figure.

"Industrial sales remain choppy by geography and have continued to be negatively impacted by weakness in the global oil and gas and heavy equipment industries, along with continued currency headwinds,” said RPM chairman and CEO Frank C. Sullivan, noting that sales in Europe were down slightly in dollars, but up in terms of local currency.

Sales in RPM’s consumer segment, which includes Rust-Oleum and DAP, showed growth, up 4.1 percent to $373.8 million, buoyed by increased organic sales (up 5.8 percent) and acquisition growth (0.6 percent), with foreign currency translation having a negative effect of 2.3 percent.

The consumer segment, however, posted a loss of $140.6 million before interest and taxes, owing largely to the $188.3 million impairment charge levied due to Kirker’s loss of several customers and downward revision of long-term forecasts, the company said. An impairment charge is triggered when a company’s goodwill—an intangible asset representing stability and positive potential—is considered to be overvalued.

The impairment charge excluded, the consumer segment’s EBIT posted a 6.2 percent decline, due largely to Kirker’s operating losses. Sales in consumer products including caulks and sealants were generally up, the company says.

“During the quarter, our core U.S. consumer businesses, excluding Kirker, performed very well, and capitalized on market share gains, a strengthening domestic housing market and good growth by our retail accounts to deliver solid organic growth,” Sullivan said. “Sales in these businesses were up 6.4 percent, net of unfavorable currency translation. Supply issues in caulks and sealants were resolved by the end of the quarter, while significant capital investments are in process to increase capacity.”

“Both Rust-Oleum and DAP invested heavily in advertising and promotional activities in the quarter to support their brands and new product placements achieved during the past year," he added.

Sales across the board at RPM were up in the first half of 2017, ranging from a 0.7 percent growth in the industrial segment to a 4.8 percent boost in specialty sales and 2.5 percent increase in sales in the consumer segment. All three segments showed growth in organic sales and acquisitions.