Following release of a statement responding to market rumors concerning its proposed merger with The Sherwin-Williams Company, paint and coatings manufacturer Valspar Corp. announced its fourth-quarter and year-end results, posting declines in both. 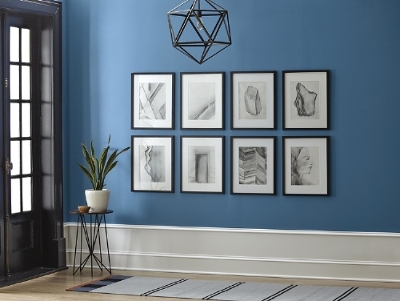 Valspar
Founded in 1806, Valspar sells its paint products to customers in more than 100 countries.

Net income for the quarter reached $104 million and earnings per diluted share (EPS) were $1.27—both increased 1 percent from the prior year, the company noted. The numbers reflect the following after-tax items: $5 million in restructuring and other asset-related charges and $3 million in expenses related to the upcoming merger with its Cleveland-based rival, the company reported.

Valspar and Sherwin-Williams expect the $11.3 billion merger, first announced in March, to close by the end of the first quarter in 2017.

In a statement responding to a New York Post article published Monday (Dec. 19), the companies said they “continue to cooperate fully with the FTC staff…[and] continue to believe that no or minimal divestitures should be required to complete the transaction.”

The Post reported that the Sherwin-Williams CEO John Morikis is facing “a tough Federal Trade Commission review” of the merger and is anticipating a” better deal” when President-elect Donald Trump takes office in January.

Meanwhile Valspar reported its year-end results. For the 2016 fiscal year, net sales were $4.19 billion, a decrease of 5 percent over the prior year period, Valspar said.

This includes the effects of foreign currency translation that negatively impacted net sales by 3 percent. Acquisitions added 3 percent to net sales in the year. Net income for the year decreased 12 percent, to $353 million, and diluted EPS of $4.36 decreased 10 percent, Valspar reported.

For the quarter and the year, volumes across the company dipped 2 percent.

Coatings segment earnings before interest and tax (EBIT) of $109 million declined 11 percent from last year. The decline was the result of cost/price impact, higher employee-related costs and lower sales, partially offset by benefits from productivity initiatives, according to Valspar.

For the year, net sales in the Coatings segment decreased 4 percent to $2.39 billion. This includes the effects of foreign currency translation that negatively impacted net sales by 4 percent, Valspar added.

Coatings segment EBIT of $444 million decreased 8 percent, primarily due to the gain on sale of certain assets in the prior year (fiscal 2015), higher employee-related costs and lower sales, partially offset by benefits from productivity initiatives, improvements in cost/price and lower restructuring charges, the company said.

Net sales in the company’s Paints segment decreased 7 percent to $421 million in the fiscal fourth quarter of 2016.

Foreign currency translation negatively impacted net sales by 1 percent and volumes were down 7 percent in the quarter.

Paints segment EBIT of $150 million decreased 14 percent, driven by impact of lower sales and restructuring and other asset-related charges, partially offset by benefits from productivity initiatives and improvements in cost/price, according to Valspar.

During the fourth quarter, Valspar said it paid a quarterly dividend of $0.33 per common share outstanding, or $26 million. For the full year, the company paid dividends of $105 million, representing a per share increase of 10 percent.

For the full year fiscal 2016, the company noted that it repurchased approximately 200,000 shares of the company’s stock for $18 million. There were no shares repurchased after the fiscal first quarter 2016.