Minneapolis is now home to the largest mass timber building in the United States. 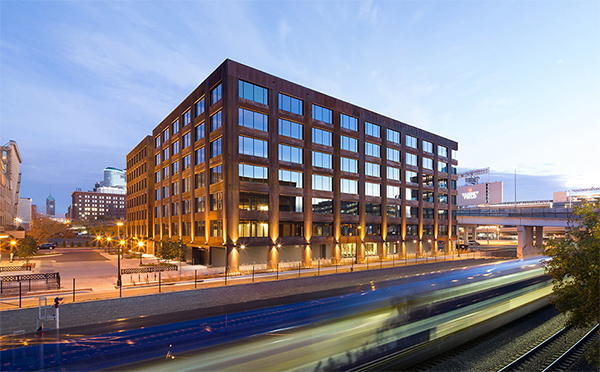 The building is constructed of 3,600 cubic meters of engineered wood components—nail-laminated timber and glulam, according to the MGA.

The architect said that a significant amount of the lumber used to fabricate the NLT came from trees killed by the mountain pine beetle.

“The texture of the exposed NLT is quite beautiful,” said Candice Nichol, MGA Associate and T3 Project Lead. “The small imperfections in the lumber and slight variation in color of the mountain pine beetle wood only add to the warmth and character of the new space.”

The exterior cladding is made of corrugated weathering steel, which will change color as the building ages and is exposed to nature’s elements, according to project details.

Exposed timber beams and floors were incorporated throughout the project as well.

Timber was erected at a speed exceeding conventional steel-framed or concrete buildings—completed in just two-and-a-half months, at an average of nine days per floor, according to MGA.

Two other high-rise wood projects in the U.S. will be moving forward, thanks to recent funding from the U.S. Department of Agriculture.