The deal, valued at €475 million (about $494 million), strengthens the Amsterdam-based company’s standing as the global number one supplier in coil coatings, it said in its Thursday (Dec. 15) announcement.

Moreover, AkzoNobel is now able to position itself as a full-service coatings provider for the protection and maintenance of wind turbines, “providing essential protection to wind power stations around the globe,” it added. 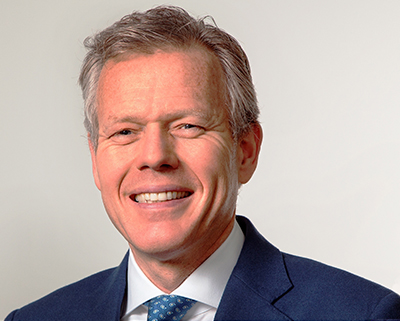 Images: AkzoNobel
AkzoNobel has finalized the acquisition of BASF’s global Industrial Coatings business, a deal that Conrad Keijzer, executive committee member responsible for Performance Coatings, describes as an “excellent strategic fit,” and one that will enable the company to offer new products and maintenance solutions, such as protective coatings for wind turbine blades.

The acquisition was first announced Feb. 17, following a period of industry speculation that a deal was under consideration.

"This business is an excellent strategic fit and will strengthen our leading market positions, particularly in the coil, protective and wood coatings sectors in Europe,” said Conrad Keijzer, AkzoNobel’s Executive Committee member responsible for Performance Coatings.

“We will be able to offer new products and maintenance solutions—such as protective coatings for wind turbine blades—and service a broader customer base to drive growth."

As a result of this transaction, AkzoNobel will now operate the global coil, furniture foil and panel coatings, wind coatings and general industry businesses acquired from the German chemicals manufacturing corporation. It will also take over the  company’s commercial transport business in the Europe, Middle East and Africa (EMEA) market.

These businesses generated sales of approximately €300 million in 2015, BASF said in its announcement.

The transaction includes technologies, patents and trademarks, as well as the transfer of dedicated production sites in Deeside, United Kingdom, and Vanderbijlpark, South Africa, the companies said.

Approximately 400 employees from BASF's Industrial Coatings business are slated to bring their expertise to AkzoNobel in its efforts to serve an expanded customer base worldwide.

"We are pleased to welcome our new colleagues to AkzoNobel," said Keijzer.

During the next two years, a portion of the BASF production volume will be transferred to AkzoNobel’s existing nearby manufacturing facilities in order to take advantage of synergies and additional production efficiencies.

The company expects to reap the full profitability of the acquisition by the end of 2018, in line with the stated financial guidance from AkzoNobel for its existing Performance Coatings business, it said, adding that the deal is fully aligned with its strategy of driving organic growth through value-creating bolt-on acquisitions.

AkzoNobel reported industrial coatings segment sales of around €780 million, or 14 percent of the company's performance coatings sales of €5.59 billion, in 2014.

In February, sources indicated BASF was open to finding new owners for business segments feeling competitive pressures from low-cost rivals. At that time, its industrial coatings operation was said to be too small to compete effectively, as opposed to its much larger automotive division (said to generate as much as 77 percent of sales) and consumer segment.

When the proposed acquisition was announced, BASF confirmed its intent was to strengthen its focus on its core automotive OEM and automotive refinish coatings businesses as well as its decorative paints segment in Brazil.

Following the deal’s closing, BASF reported that the remaining portfolio of its Coatings division—consisting of the automotive OEM and automotive refinish coatings businesses, as well as the decorative paints business with the leading brand Suvinil in Brazil—had sales of approximately €2.9 billion in 2015.

Additionally, a deal that also closed this week—the acquisition of Chemetall, a leading global supplier of applied surface treatments—has further strengthened the BASF Coatings business, according to the company.

These chemicals are used in a wide range of industries and end-markets, such as automotive, aerospace, aluminum finishing and metal forming, it explains. Chemetall reported sales of $845 million in 2015.