But that’s just what the Seattle City Council is planning for a section of the R.H. Thomson Expressway, urban affairs nonprofit group Next City reported. 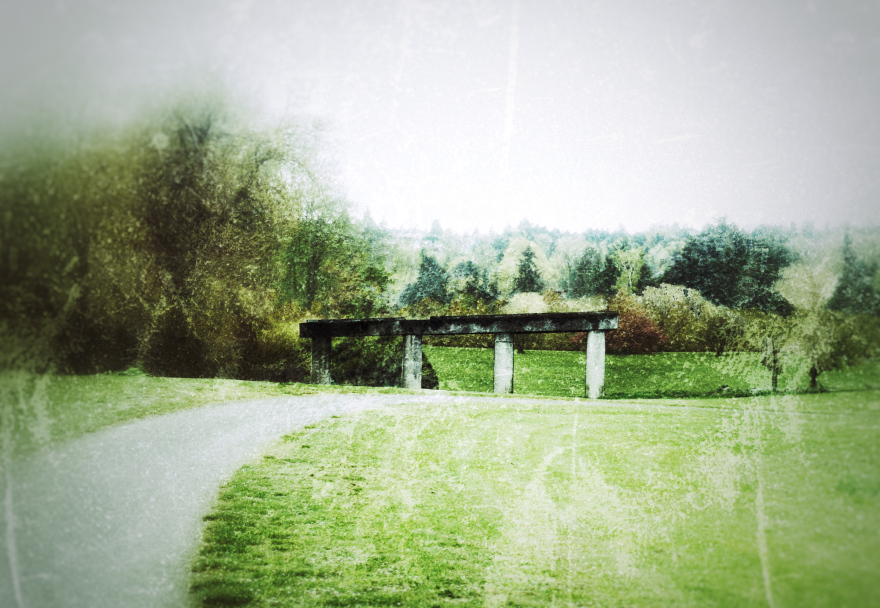 Photos: Seattle ARCH
A rendering shows the proposed monument that could be established from a section of the never-completed R.H. Thomson Expressway in a major Seattle public park.

When city legislators voted unanimously in October to adopt a resolution to preserve one support pier associated with the expressway, which happens to sit at the north end of one of the city’s biggest parks, the idea reportedly garnered widespread support.

According to Next City, the R.H. Thomson Expressway was part of a planned system of freeways throughout Seattle. Plans called for it to cut through neighborhoods, uprooting residents and business, and would completely destroy the city’s Arboretum—a 230-acre public park filled with plants from around the world.

In fact, in the early 1960s, on and off ramps were built into the north end of the Arboretum to eventually connect the newly constructed 520 Floating Bridge to the new freeway.

Concerned citizens took on the role of activists in a 10-year battle to stop the expressway’s construction and save the park and neighborhoods from destruction. They ultimately won the fight, but the already-built ramps—which came to be called the Ramps to Nowhere—remained, and even turned into a popular feature that became part of visitors’ experiences.

Now, with the replacement of the aging 520 Bridge, the Washington State Department of Transportation intend to remove the remains of the R.H. Thomson.

Once again, advocates for the park have spoken up.

A group called Seattle Activists Remembered Celebrated and Honored (Seattle ARCH) is leading the charge to save four columns and a support beam from one of the ramps.

As a symbol of the power of grassroots activism, Seattle ARCH says the structure “stands to remember, celebrate and honor the citizen activists that worked to stop another freeway from tearing up Seattle neighborhoods in the 1960s, and it serves to show future activists that civic engagement can produce big results.”

While the city council resolution is not a final approval for saving a portion of the structure, it does make formal its interest in doing so, its intent to fund an engineering study of the pier's structural integrity, and its intent that the city accept ownership of the pier.

Showing support of the city’s resolution, King County Council Member Larry Gossett submitted a letter stating, “This is truly legacy worthy of celebration. Keeping a remnant of the [R.H. Thomson] freeway will serve as an important reminder of the power of citizen action and the extraordinary accomplishment of Seattle citizens all those years ago.”

And Iain Robertson, a landscape architecture professor at the University of Washington and member of the park’s advisory Arboretum and Botanical Garden Committee, sees the arch as serving both functional and symbolic purposes. Not only could the concrete structure serve as a wayfinding landmark to help orient visitors, but it would also reflect a segment of the city’s history.

“As cities grow and develop they acquire layers of meaning,” Robertson said. “Seattle’s still a relatively young city. This is a layer that adds richness to the Arboretum.”