A materials and product qualification testing provider based in the United Kingdom is expanding its coatings testing services with a facility offering enhanced offerings to the oil, gas and power generation sectors.

Element Materials Technology, headquartered in London, announced last week the launch of its Coatings Center of Technical Excellence at its Amsterdam, Netherlands, facility.

According to the company, this investment expands capacity in its existing coatings testing services for pipelines and field joints, while adding a wide range of tests for coatings for offshore and onshore assets. 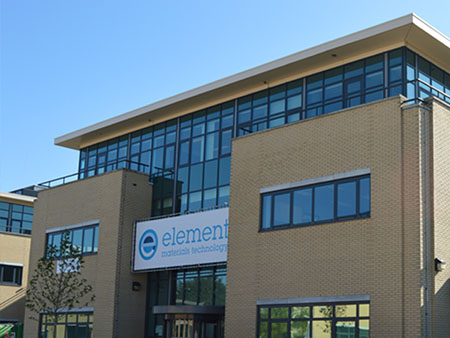 With this center, Element is able to offer full services for pipeline and marine corrosion clients, combining coatings testing services with its materials testing capabilities in fracture mechanics and corrosion, Martin adds.

Element Amsterdam delivers testing services ranging from pre-qualification of coatings in the research and development phases to process and production qualification testing for coatings applications on active projects, the company says.

The facility’s extended capabilities reportedly allow clients to test to a full range of global coatings standards—from ISO 20340 to NACE TM104-404—as well as in-demand standards and methodologies required by major oil and gas companies and their supply chain partners.

Moreover, its capacity for pipeline coatings testing will include new capabilities for high-temperature cathodic disbondment (CD) tests (for temperatures greater than 100 degrees Celsius), the company says.

The investment also adds a suite of tests for the protective coatings and marine markets, it adds, with significant new capacity in accelerated weathering testing, immersion and thermal-cyclic testing.

Investment in Oil and Gas Coatings

This latest investment in expanding and enhancing coatings activities in the oil and gas sector comes on the heels of Marie Halliday’s appointment as Element’s global coatings specialist in 2015, it adds.

According to Martin, the company’s long-term strategy in that sector has been built on having technical leadership to identify and deliver new and critical services for key clients.

“Element’s commitment to the oil and gas sector has seen us add new services and capabilities across our footprint, allowing us to act [as] a trusted testing partner,” Martin explains.

“Most importantly, Element Amsterdam’s reputation for high-quality and efficient services, with competitive on time delivery performance, will now be available to our coatings partners,” he adds.

Element’s laboratories are staffed by experts specializing in materials testing, product qualification testing and failure analysis for the aerospace, oil and gas, and transportation and industrials sectors. Element’s team of 2,000 scientists, engineers and technicians work in 60 laboratories located throughout the U.S., Europe and Asia.