The president of a Montana-based construction company faces up to 20 years in prison and thousands of dollars in fines for bribing tribal officials in order to receive lucrative contracts on the Rocky Boy’s Indian Reservation, authorities have announced. 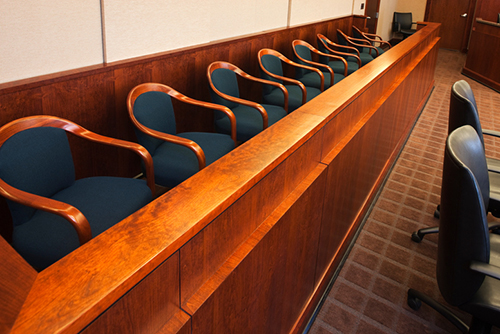 “The community expects that public officials and contractors handle federal funds with great care,” said Cotter. “When those lines are blurred, and federal funds are abused in the process, the integrity of the political system is in danger. That is why we will continue to vigorously prosecute public corruption in the District of Montana.”

McGovern’s attorney told media outlets that he was disappointed with the verdict and noted that his client was considering his options. U.S. District Court Judge Brian Morris scheduled sentencing for Feb. 16, 2017.

The U.S. Attorney says the scheme, which dates to December 2010, involved Tony James Belcourt—a former representative in the House of Representatives for the State of Montana, the CEO for the Chippewa Cree Construction Corp., and the Incident Commander for FEMA during the floods of 2010.

Also a Chippewa Cree Tribe official, Belcourt was in care, custody, and control of more than $85 million, most of which were federal funds. He and others required contractors to pay kickbacks and bribes to tribal officials in order to receive contracts and contract payments on the Rocky Boy’s Indian Reservation, according to the prosecutors.

Belcourt was previously convicted for accepting bribes and is currently serving a 90-month sentence in federal prison.

McGovern and his company, CMG Construction, was said to have received $2.5 million in contracts on the Rocky Boy’s Indian Reservation without being required to submit bids to the Chippewa Cree Construction Corporation.

McGovern faces a maximum of 20 years in prison and a $250,000 fine, reports said. The company faces a maximum $500,000 fine for each conviction. The jury acquitted McGovern and the company of one count that involved bribery of another tribal official.

McGovern and his other company, MC Equipment Holdings LLC, are set for trial in a different bribery scheme on Feb. 3, 2017, authorities said.

“The company was a subcontractor on the new $80 million James F. Battin Federal Courthouse in Billings and was hired earlier this year by Rocky Mountain College as the general contractor for its $10.5 million initial phase capital project to build a science building and enhance the Herb Klindt Field,” according to the Billings Gazette.

The company did not immediately respond Monday (Nov. 28) to a request for comment on the case.

The conviction of McGovern and CMG Construction is the latest in a series of prosecutions and convictions relating to public corruption, fraud, and theft in federal grants, contracts, and programs brought by the investigators and prosecutors of the U.S. Attorney’s Guardians Project, an anti-corruption task force created in 2011.