A national structured-settlement-factoring company has once again been accused of swindling lead-based paint poisoning victims into signing away future settlements in exchange for significantly lower lump-sum payouts. 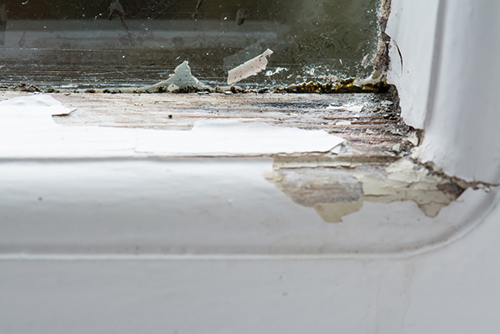 © iStock.com / 22kay22
Exposure to lead can cause lowered intelligence, reading and learning disabilities, impaired hearing, reduced attention span, hyperactivity and behavior problems, according to the EPA.

According to an announcement on the case, the CFPB alleges that Access Funding steered victims to receive “independent advice” from a sham advisor, an attorney who was actually paid directly by the company and indicated to consumers that the transactions required little scrutiny.

“Many of these struggling consumers were victimized first by toxic lead, and second by a company that saw them as little more than income streams to be courted and harvested,” said CFPB Director Richard Cordray.

The case follows a similar lawsuit filed earlier this year by the Maryland Attorney General. That case alleged that the company was engaged in unfair and deceptive practices in violation of the Maryland Consumer Protection Act. That case is pending.

In its suit, the CFPB seeks to put an end to the company’s unlawful practices, obtain relief for the harmed consumers, and impose penalties.

Maryland in general, and Baltimore in particular, have been at the epicenter of lead-paint litigation in the U.S., with a numerous multimillion-dollar verdicts returned over lead paint in Baltimore City rental properties.

The CFPB suit names the following as defendants:

The complaint says the company offered consumers about 30 percent of the present value of their future payments.The settlement payments are intended to help compensate victims who are unable to work because of exposure of lead-based paint as children.

The CFPB alleges that Access Funding knew that many of the consumers it targeted had significant cognitive impairments from lead-based paint poisoning.

The complaint alleges that the defendants violated prohibitions on unfair, deceptive, and abusive acts and practices.

Specifically, the CFPB alleges the defendants:

The CFPB notes that its complaint is not a finding or ruling that the defendants have actually violated the law.

Access Funding did not respond to a request for comment on the case. It has previously called such allegations “scurrilous” and “incorrect,” noting that disclosures and voluntary sales were approved by courts.

The lawsuit comes at a "politically sensitive time" for the agency, the Baltimore Sun reports, noting that the bureau was created by the 2010 Dodd-Frank Wall Street law, which has drawn fire from President-elect Donald Trump.