Tool Made to Measure Concrete Coatings

The new Elcometer 500 Coating Thickness Gauge, made by Elcometer (Manchester), was developed for the non-destructive measurement of dry film thickness on concrete and other cementitious substrates up to 10mm thick, the company says. 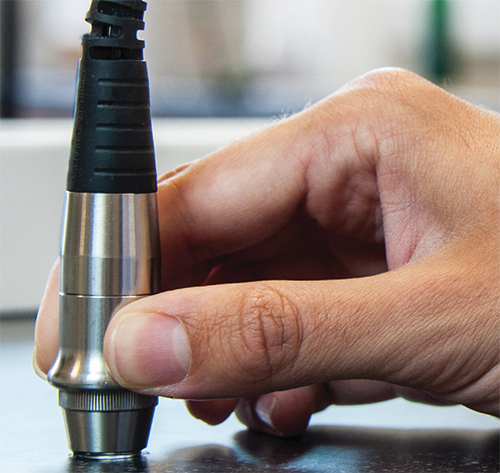 Elcometer says its new concrete gauge is capable of delivering 60-plus readings per minute in standard mode and more than 140 per minute in scan mode. The data can then be transferred via Bluetooth or USB PC software or mobile devices for instant report generation, it adds.

The device offers improved accuracy, the company notes, in that its signal strength indicator helps to prevent false or incorrect readings.

Its ergonomic design was intended to facilitate comfortable, continuous use for daily inspections, it adds.

Moreover, the company says the gauges and probes are rugged and appropriate for harsh environments, with a dustproof and waterproof design and field-replaceable probe wear tips.

According to Elcometer, the device is ready to use; a user can select the coating material and begin measuring without having to set up gates or range values.