The U.S. Green Building Council has revealed that its former COO Mahesh Ramanujam is president and CEO of the green-building organization, effective Nov. 4.

Ramanujam took the reins from Rick Fedrizzi. Fedrizzi, who co-founded the company 23 years ago and served as president and CEO since 2003, announced in June 2015 his plans to exit the association at the end of 2016. 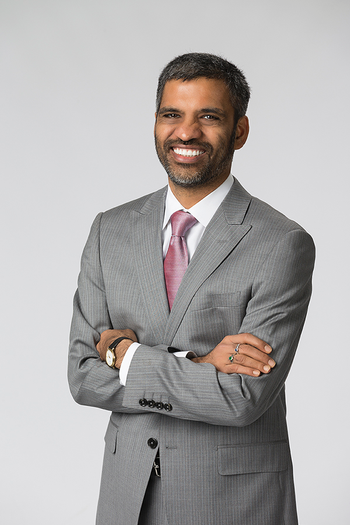 USGBC
Mahesh Ramanujam is now the president and CEO of the U.S. Green Building Council.

“Mahesh is a remarkable leader,” said Fedrizzi, who is now chairman and CEO of the International WELL Building Institute.

“His strong business background, his demonstrated track record and his amazing gift for inspiring the best in those around him make him the perfect CEO for USGBC at this time in its history. His global vision and his strategic approach give all of us great confidence that he will guide the organization to much success in the coming years.”

Ramanujam joined USGBC in 2009 as senior vice president of technology, and was named COO in September 2011. In December 2012, he was also named president of GBCI (then known as the Green Building Certification Institute).

“It is an incredible honor for me to lead and serve this impressive and dynamic organization,” Ramanujam said in a statement.

“I am grateful for the opportunity to continually develop and enhance USGBC’s capabilities and performance to ensure we deliver the future that our founders envisioned—transforming the way our buildings and communities are designed, built and operated so they enable a healthy and prosperous environment that improves the quality of life for people everywhere.”

‘Not Just About Buildings’

He added: “Since joining the USGBC team more than seven years ago, I have felt enormously appreciative to be in a position that allows me to give back and serve the critical mission of our organization.

“Our work has had a tremendous impact on millions of people as we strive to improve and enhance our world. USGBC is not just about buildings. It is about bold leadership to create business and community transformation while driving sustainability for all.”

Ramanujam had more than 20 years of global business experience when he came to the USGBC. Earlier in his career, he served as COO for Emergys, a business transformation consulting firm in North Carolina. Before that, he was a consultant to IBM, serving as part of the team that led various business transformation initiatives, including the sale of IBM PC systems to Lenovo and its printer divisions to Ricoh.

A native of Chennai, India, Ramanujam holds a bachelor’s of engineering in computer sciences from Annamalai University, where he began his career in software and systems analysis and product development.