Federal workplace safety regulators have published a final rule in the Federal Register regarding slip, trip and fall hazards for general industry.

The rule—which updates the U.S. Department of Labor’s Occupational Safety and Health Administration’s Walking-Working Surfaces standard and adds requirements for personal fall protection systems—is aimed at increasing consistency between general and construction industries, helping to clarify issues for employers and employees who work in both, according to the agency’s Thursday (Nov. 17) announcement.

OSHA estimates the final standard will prevent 29 fatalities and more than 5,842 injuries annually. 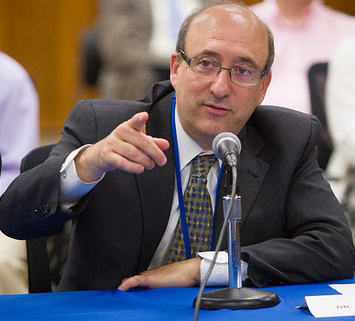 DOL
“The final rule will increase workplace protection from those hazards, especially fall hazards, which are a leading cause of worker deaths and injuries,” said Assistant Secretary of Labor Dr. David Michaels.

The rule is set to become effective Jan. 17, 2017, and will affect approximately 112 million workers at 7 million worksites. The rule affects a wide range of workers including window washers, painters, warehouse workers and chimney sweeps, according to the agency.

Importantly, the new rule does not change construction or agricultural standards.

OSHA has permitted the use of personal fall protection systems in construction since 1994 and the new rule adopts similar requirements for general industry, the announcement notes.

According to a fact sheet, the rule requires employers to protect workers from fall hazards along unprotected sides or edges that are at least 4 feet above a lower level. It also sets requirements for fall protection in specific situations, such as hoist areas, runways, wall openings, areas above dangerous equipment, repair pits, scaffolds, and more.

The rule is said to provide employers with “greater flexibility” in choosing fall protection equipment.

OSHA defines fall protection as “any equipment, device or system that prevents a worker from falling from an elevation or mitigates the effect of such a fall.”

The final rule eliminates the existing mandate to use guardrails as a primary fall protection method and allows employers to choose from accepted fall protection systems they believe will work best in a particular situation—an approach that has been successful in the construction industry, OSHA notes.

Further, employers will also be able to use non-conventional fall protection in certain situations, such as designated areas on low-slope roofs.

Other changes include allowing employers to use rope descent systems up to 300 feet above a lower level; prohibiting the use of body belts as part of a personal fall arrest system; and requiring worker training on personal fall protection systems and fall equipment.

OSHA says that while most of the rule will become effective Jan. 17, some provisions have delayed effective dates, including: