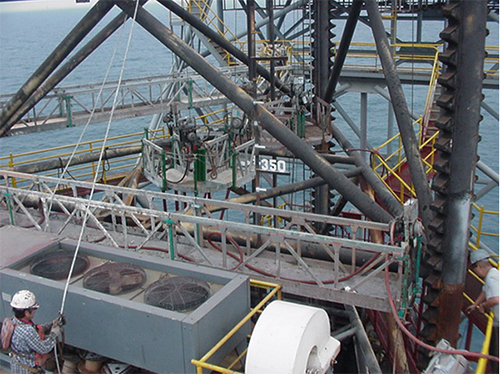 Safeworks
Seattle-based SafeWorks has a 70-year history in North America and Europe and is known for its Spider, Power Climber and Power Climber Wind branded products.

With more than 100 locations in the U.S. and Canada and distributors across South America, Safway provides access, scaffolding, insulation, fireproofing, surface preparation and coatings products and services to the petrochemical, oil and gas, power, refining, marine, manufacturing, transportation and commercial construction industries worldwide.

The company says its strategy is to expand service offers in its target markets—energy and industrial (refineries, petrochemical, power and infrastructure) as well as commercial restoration, refurbishment and new construction.

“This acquisition further supports our strategy,” said Safway Group President and CEO Bill Hayes. “Through Safway’s branch network, the number of locations servicing Spider will essentially double, and SafeWorks will now be able to offer a broader range of products and services with immediate, local access to the largest inventory of scaffolding equipment and expertise in North America.”