Huntsman to Spin Off Pigments Business

Huntsman Corporation, an American-based global chemical manufacturer with more than $10 billion in revenue last year, is looking to move ahead with a plan to spin off its Pigments & Additives business into its own company, with a focus on titanium dioxide.

The Woodlands, TX-based manufacturer, which produces products including polyurethanes and epoxies, filed an initial Form 10 registration statement with the U.S. Securities and Exchange Commission Oct. 28, it said when announcing its third quarter financial results.

Form 10, also known as the General Form for Registration of Securities, is used to register securities for trading on U.S. exchanges and is used by analysts and private investors when making investment decisions. 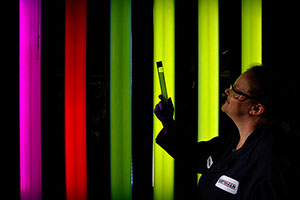 Huntsman
Huntsman Corporation has announced it has filed the necessary paperwork to continue with plans to spin off its Pigments & Additives division a new publicly traded company.

“This filing represents an important step in the progression towards a separation,” President and CEO Peter R. Huntsman said in a statement. “Subject to market conditions we plan to separate in the first half of 2017.”

The plan to spin off rather than sell the business was announced in July, after the pigments and additives business became profitable again, following a period of poor performance.

When business was down, Huntsman attempted to distance itself from the titanium dioxide (TiO2) business, according to the Houston Chronicle, and even began eliminate about 900 jobs in 2015, primarily at most of them at three TiO2 manufacturing plants in Germany and Finland.

However, once business improved, the company determined it would be better served to spin off the unit and sell shares instead of selling it outright.

Based on the filing, the pigments spinoff company will be based in Stockton-On-Tees, U.K., chemical industry information provider ICIS reported.

The new entity will reportedly operate 47 facilities, with 7,500 employees catering to approximately 10,000 customers in more than 100 countries.

The spinoff business will focus primarily on TiO2 production, with an anticipated production capacity of 782,000 tonnes a year, it said.

According to ICIS, this will position the spinoff as one of three largest producers in the world, contributing 11 percent of global capacity.

Although the company said it saw seasonally lower volumes for additives products in the third quarter, it reported an increase in end use demand for its titanium dioxide products.

“TiO2 prices are improving and with additional increases expected in the future, the timing of our spin-off should be well positioned,” Huntsman said.

In addition to TiO2, the spinoff is also slated to produce color pigments, functional additives, timber-treatment products and water-treatment chemicals.

The spinoff's pigments and additives segment will reportedly operate 28 plants in 10 countries with a total capacity of 1.3 million tonnes per year. This includes plans for 13 color-pigment manufacturing and processing plants, which will make iron-oxide and other pigments.

Additionally, it will have a functional additives facility in Europe. This area includes barium- and zinc-based inorganic chemicals used to make colors brighter, coatings shine and protect against fading, ICIS explained.

According to the filing, Simon Turner, who is now division president of Huntsman's pigment business, will take on the role of CEO.

The chief operating officer will be Rohit Aggarwal. He is currently the division president of Huntsman's textile-effects business.

Additional information regarding capitalization, additional pro forma information and other matters will be provided in subsequent amendments to the Form 10, the company said.

A final company name is expected to be announced in the first quarter of 2017.