Public works construction, along with most U.S. building sectors, can expect to see a boost in business in the coming year, according to a major new construction forecast that sees a $713 billion year ahead.

Although electric utilities/gas plant projects are expected to decline and multifamily housing will level off, single-family housing, commercial, institutional and public works sectors are in for a positive year, according to the 2017 Dodge Construction Outlook, from Dodge Data & Analytics (formerly McGraw Hill Construction). 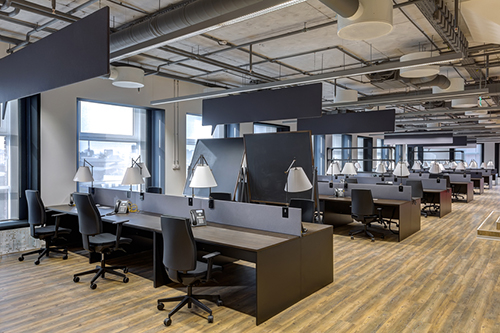 “The U.S. construction industry has witnessed signs of deceleration in 2016, following several years of steady growth,” Robert Murray, chief economist for Dodge Data & Analytics said in an announcement. “Total construction starts during the first half of this year lagged behind what was reported in 2015, raising some concern that the current construction expansion may have run its course.”

However, Murray notes that the early 2016 shortfall reflected the comparison to “unusually elevated activity” during the first half of 2015, boosted by 13 very large projects valued each at $1 billion or more, such as a $9 billion liquefied natural gas export terminal in Texas and a $2.5 billion office tower in New York City.

Public works construction is expected to improve 6 percent, regaining momentum after falling 3 percent in 2016, according to the forecast. Highway and bridge construction are expected to derive support from the new federal transportation bill, while environmental works should benefit from the expected passage of the Water Resources Development Act. Natural gas and oil pipeline projects are expected to stay close to 2016 levels.

Following steep declines in 2015 and 2016, manufacturing plant construction will increase 6 percent, according to the forecast. New starts in electric utilities will fall another 29 percent after dropping 26 percent in 2016. The lift that had been present in 2015 from new liquefied natural gas expert terminals continues to dissipate.

“Power plant construction, which was supported in 2016 by the extension of investment tax credits, will ease back as new generating capacity comes on line,” said Dodge.

Commercial building should post an increase of 6 percent, after a 12 percent jump in 2016, the report relates. Office construction is showing improvement from “very low levels” propelled by several signature office towers and development efforts in downtown markets. Store construction should also show some improvement from a “very subdued 2016,” Dodge said. Warehouses will register further growth, while hotel construction, while still healthy will begin to pull back after a strong 2015.

Institutional building is expected to grow 10 percent in the coming year, resuming expansion after pausing in 2015 and 2016. Educational facilities, including K-12 school construction, will increase, supported by the passage of recent school construction bond measures. More growth is anticipated in the amusement category (convention centers, sports arenas and casinos) as well as transportation terminals.

Multifamily housing will be flat in dollars and down 2 percent in units to 435,000 (Dodge basis). “This project type now appears to have peaked in 2015, lifted in particular by an exceptional amount of activity in the New York, NY, metropolitan area, which is not settling back,” the report said. The retreat at the national level will stay gradual tanks to continued growth for multifamily housing in other metropolitan areas along with generally healthy market fundamentals, Dodge said.

Single-family housing is expected to increase by 12 percent in dollars, corresponding to a 9 percent increase in units to 795,000 (Dodge basis). Access to home mortgage lending is improving; continued employment growth and low mortgage rates will also aid this sector.  Moreover, older members of the millennial generation are now moving into the 30 to 35 year-old age bracket, which should begin to lift demand for homeownership.

“[T]he construction industry has now entered a more mature phase of its expansion, one that is characterized by slower rates of growth than what took place during the 2012-2015 period, but still growth,” Murray said.

More information and to order the report: click here.