If the walls of the Octagon Museum in Washington, D.C., could talk, they might tell tales of safekeeping the first lady’s pet parrot while the city was set ablaze by British troops, or perhaps recount the signing of the treaty that ended the War of 1812, or even recall the long-lost wallpaper that was once affixed in the entertaining rooms. 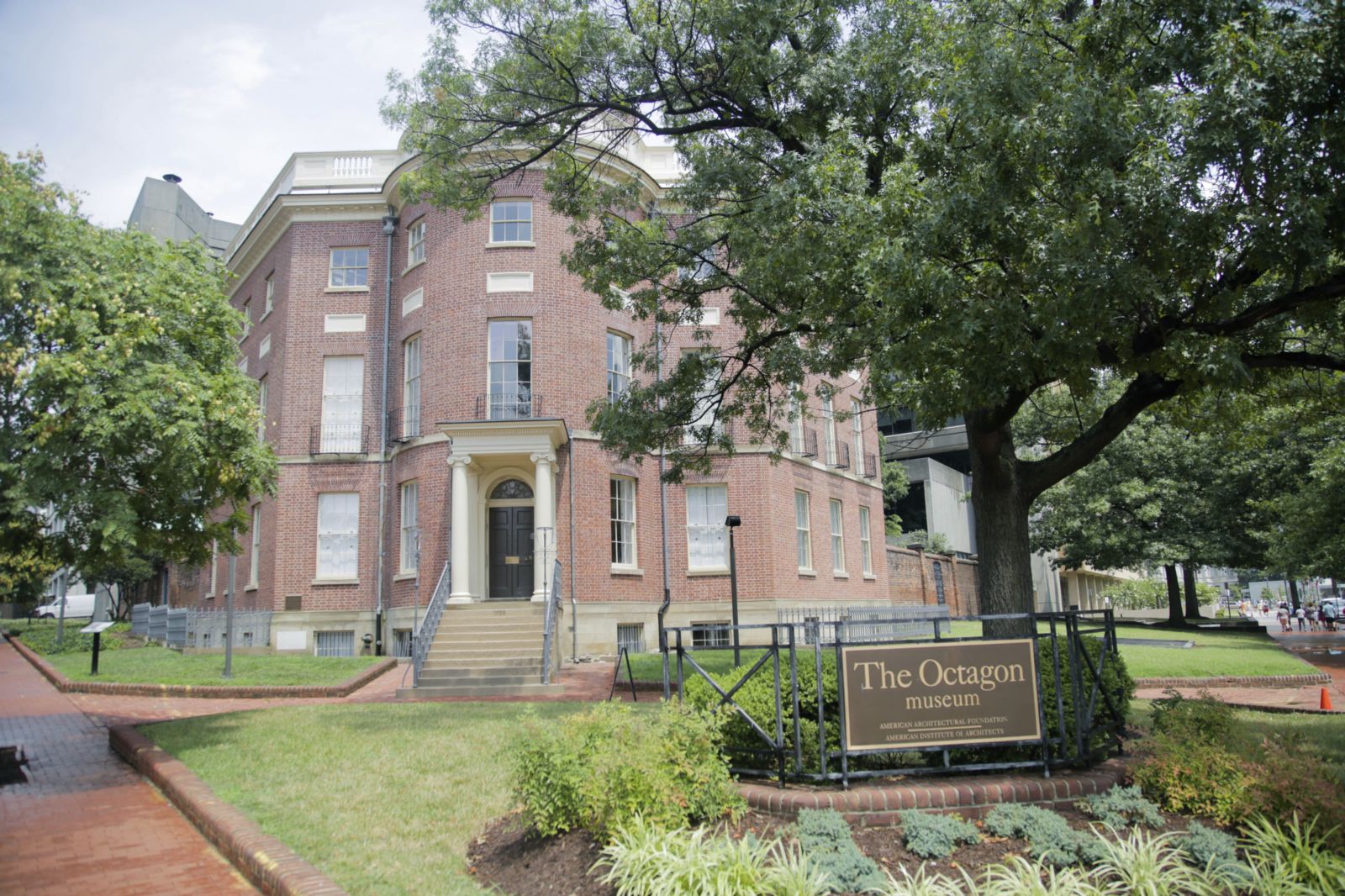 The walls and the museum have witnessed some very significant pages in American history books and so keeping the structure in a restored state to share its story is paramount.

Recent restoration efforts to revive many of its historic finishes, mitigate its moisture and repair its original windows, further that goal.

The museum, designed by Dr. William Thornton, the original architect for the U.S. Capitol, was built in 1801 as a winter home for the Tayloe family of Virginia. In 1814, President James Madison and his wife, Dolley, lived in the house. (Dolley had sent her pet parrot to the Octagon for safekeeping when the British troops marched into Washington that year. President Madison also signed The Treaty of Ghent, which ended the War of 1812, at the Octagon on Feb. 17, 1815.)

By the 1880s, the home had fallen into a state of neglect as it was being rented out by as many as 10 families. It was subsequently bought by the American Institute of Architects, and utilized as the organization's first national headquarters for many years.

Fast forward to today, the Octagon still stands—a free museum administered by the AIA Foundation. (The current AIA National headquarters building, constructed in the 1960s, is located directly behind the Octagon.)

The summer of 2016 was a refeshing time for the museum and its visitors, as many interior and exterior surfaces were repainted and restored, according to project details.

The painting project incorporated scientific paint analysis previously done on all the surfaces at the museum. The analysis was used to determine the precise colors on the walls when President Madison resided there.

Painting contractor Paintzen (New York) completed the recent project in about two months, according to the AIA Foundation. Benjamin Moore & Company donated all of the paint in period-correct colors.

Two rooms—the Treaty Room and Drawing Room—were unique in that the prior paint layer analysis revealed wallpaper glue from the 1810s, but no remnants of the wallpaper.

Though they first learned of the mystery wallpaper in the early 1990s, museum staff continue to research what the wallpaper might have looked like in the hopes that, one day,  a reproduction of the original can be produced and installed.

While the mystery remains unsolved, the museum decided to paint those rooms in period-appropriate shades selected from Benjamin Moore’s historic paint color collection. As it was one of the finest houses in the city, the original walls of the entertaining spaces would have incorporated bold colors of wall paint (and wallpaper) as a sign of wealth and status.

The walls of the Treaty Room were coated in a charcoal color as well as a denim shade of blue. Variations of a rose tone and red were used in the Drawing Room.

According to Benjamin Moore, the main challenge faced during the project was working in a museum that was both open to the public and full of 200+ year-old furniture.

The painters worked around tours and visitors enjoyed their “behind the scenes” peek at the progress.

The painting project followed an extensive moisture mitigation project that was completed in the fall of 2015.

Since it was first completed, the Octagon had been plagued with moisture issues, according to the museum. In a letter dated December 1814, Dolley complained about “dampness in the basement” during their stay at the Octagon.

In order to remedy the long-time issues, the rear foundation of the building was exposed and repairs and replacements were made to waterproofing there; all the drainage on the site was accessed and repaired/replaced as needed; and all basement window wells and areaways were re-waterproofed.

The site was also re-graded to ensure that water flowed away from the historic structure.

Additionally, moisture-damaged plaster was removed in many areas of the basement, including the kitchen and wine cellar.

The moisture-laden walls were then left to dry, according to the organization. Staff is continuously monitoring the moisture content and humidity levels in the basement.

“The drying is progressing, though slowly,” the organization wrote in project details, noting that it may be late 2017 or 2018 before new plaster can be reapplied to the basement walls.

Also during that project, the museum’s original windows were “meticulously restored.” They were carefully stripped and repaired, and then re-glazed and repainted.

Further, the pulley systems that historically allowed the windows to be opened and closed were also repaired; and reproduction hemp rope was used to hang the windows in a historically-correct manner.

Craftsmen Group (Maryland) played a key role in returning the windows to their original glory.

The Octagon is open from 1-4 p.m., Thursday through Saturday. Admission is free. Admiring the restoration is too.