The Sherwin-Williams Company reported consolidated net sales of $3.28 billion for its third quarter and $9.07 billion for the nine-month period, driven in part by high paint sales volumes in its Paint Stores Group.

A change in revenue classification related to grossing up third-party service revenue also helped the Cleveland-based paint maker to deliver the 4 percent increase in net sales from the same quarter a year ago and 3.9 percent growth in nine months, the company announced in its earnings report released Tuesday (Oct. 25). 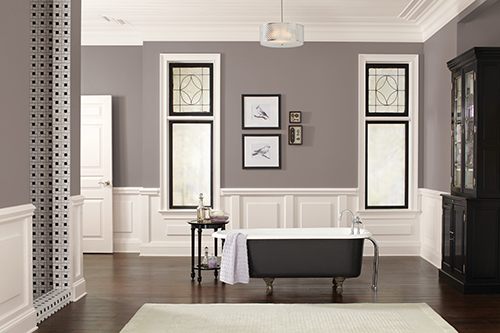 “Revenue growth on a comparable basis slowed sequentially in the third quarter across most of our reportable segments,” said John G. Morikis, president and chief executive officer. “Despite this slowdown we remain bullish on future demand across most of our end markets, and we continue to invest in areas that will drive growth and productivity in the quarters and years ahead.”

“[…] Our balance sheet remains flexible and is positioned well for the anticipated Valspar acquisition and other investments in our business,” he added.

The day prior to the earnings report release, Sherwin-Williams announced that its board elected a new chief financial officer, effective Jan. 1, 2017. Allen J. Mistysyn will serve as senior vice president-Finance and CFO.

The company’s current CFO, Sean Hennessy, will transition to senior vice president-Corporate Planning, Development and Administration, where “he will provide support for the Valspar acquisition integration planning process,” according to Sherwin-Williams.

The Valspar acquisition, valued at $11.3 billion, is expected to close by the end of the first quarter of 2017. Sherwin-Williams reported that the combined company would have sales of approximately $15.6 billion, adjusted earnings of $2.8 billion, with approximately 58,000 employees.

Unfavorable currency rates nicked nearly a nickel from the per-share price for the quarter and $0.11 from the nine-month share price.

Net sales in the Paint Stores Group increased 6.7 percent to $2.23 billion in the quarter and increased 7.5 percent to $5.95 billion in nine months, the company said. The company says the increases were due primarily to higher architectural paint sales volume across most end market segments and the impact of the change in revenue classification.

Net sales from the stores open for more than 12 calendar months, excluding the change in revenue classification, increased by 2.1 percent in the quarter and by 5.2 percent in nine months over last year’s comparable periods. Paint Stores Group segment profit increased $10.9 million to $518.3 million in the quarter and by $163.5 million to $1.28 billion for nine months.

The Consumer Group saw net sales dip 2.1 percent to $412.9 million in the quarter. The company said lower volume sales to most of the Group’s retail and commercial customers impacted the quarter.

However, net sales increased 0.4 percent to $1.27 billion in nine months, compared to the same period in 2015, according to the company. This was due to higher volume sales to customers partially offset by unfavorable currency translation rate changes.

Profit increased to $264.3 million in nine months from $257.9 million, thanks in part to improved operating efficiencies and higher volume sales, the company said.

The company’s Global Finishes Group posted net sales of $480.7 million in the third quarter, a 1.1 percent decrease from the same period a year ago. Net sales in the segment dipped 1.9 percent to $1.43 billion in nine months.