According to paint manufacturer Benjamin Moore (Montvale, NJ), dark and mysterious will pervade in 2017, as the company has declared a dark amethyst called Shadow to be its color of the year.

The Benjamin Moore Color Studio announced the choice of Shadow along with 22 other colors in its 2017 palette at an event last week at the New York Public Library. The overall palette is notable for its use of deep, saturated hues, as the manufacturer notes. 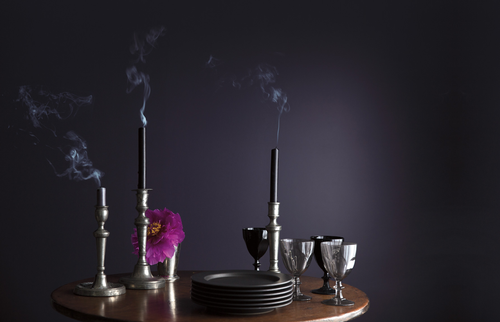 Images: Benjamin Moore
Benjamin Moore has declared a dark amethyst called Shadow to be its color of the year for 2017.

"Shadow is a master of ambiance. It is a color that calls to mind a 'past,' yet it can also make a contemporary, color-confident statement," said Ellen O’Neill, Benjamin Moore’s creative director. "Shadow is sophisticated, provocative and poetic; it can bring energy to a space or harmony and a moment of respite."

Shadow stands alongside a diverse palette that ranges from Chalk White to Ebony King; aside from a number of gray-tinged neutrals, the collection favors deep shades and eschews brights.

Reds like Dark Burgundy and Dinner Party and members of the blue family, like Knoxville Gray and the purplish-gray Sea Life, will dominate, according to the manufacturer. Yellow is essentially absent, aside from the tan Amulet. Green only appears in the form of the dark Guacamole.

“In curating the palette, the Color Studio lent significant consideration to the pairing of colors and relationships between color families, as well as a newfound level of color confidence in deeper hues among design professionals and consumers,” the company explains.

Benjamin Moore’s Color Studio takes into account trends in the paint industry as well as trends in architecture, art, fashion and home furnishings when creating its color forecasts, according to the company.

Benjamin Moore, founded in 1883, distributes its interior and exterior paints and exterior stains exclusively through its independently owned retailers.