An internal investigation has concluded that the U.S. Environmental Protection Agency should have acted months earlier to warn residents of Flint, MI, of lead contamination in their drinking water.

In a report issued Thursday (Oct. 20), EPA Inspector General Arthur Elkins says that EPA Region 5, which includes Michigan and other states in the Upper Midwest, “had the authority and sufficient information” to issue an emergency order in the Flint contamination matter as early as June 2015. 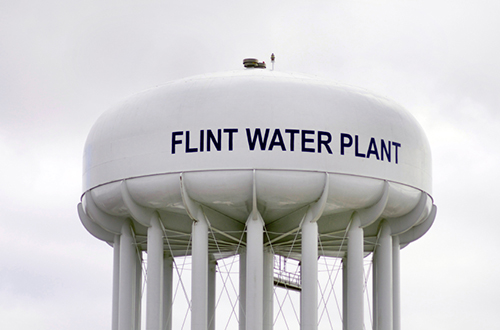 © iStock.com / LindaParton
A new report from the EPA's inspector general concludes that the agency had the authority and information to issue an emergency order regarding Flint's drinking water crisis in June 2015 but failed to do so for seven months.

The report explains that EPA officials believed that the state of Michigan had jurisdictional power that precluded the federal agency from issuing the order, known as a Safe Drinking Water Act Section 1431 emergency order. But the inspector general’s office concludes that the EPA does have the power to issue such an order if a state’s action on the issue are deemed insufficient.

The report also reveals that EPA Region 5 briefed the agency’s Office of Enforcement and Compliance Assurance in September 2015, at which time that national office recommended an emergency order be issued. Region 5 officials maintained that state authorities were addressing the matter, and declined to have OECA issue the order.

SDWA Section 1431 applies to situations “where there may be an imminent and substantial endangerment” to citizens’ health. It allows the EPA to take any action necessary to protect human health if it finds that a contaminant is present in or likely to enter the drinking water supply.

Most states, including Michigan, have “primacy” to implement the SDWA, according to the EPA. That means state officials are responsible for SDWA-related matters. However, as the report notes, the EPA reserves the authority to supersede the states in issuing an emergency order in some situations, including when “the appropriate state and local authorities have not acted to protect human health.”

Flint’s drinking water crisis began in April 2014, when the city chose to switch its water source from Detroit’s water supply to the Flint River as an interim solution while a pipeline to carry water from Lake Huron to the communities of the newly formed Karegnondi Water Authority was being built. Flint is part of a three-county area that voted in 2010 to leave Detroit’s water supply and form the KWA.

Water from the Flint River was not treated with anticorrosive agents, and began to corrode the city’s aging pipes. Drinking water in many homes was contaminated with lead, leading to a public health crisis.

According to the inspector general’s report, EPA Region 5 knew in April 2015 that proper corrosion control was not in place in Flint’s system, despite state officials having claimed otherwise months prior. Three state and local officials were charged with misconduct and other violations in relation to misleading statements made to the EPA and other authorities.

On June 25, 2015, the report says, a Region 5 official produced a report outlining lead contamination in Flint homes and the public health issues that the contamination precipitated. But the office did not issue a Section 1431 emergency order because it believed the actions the state was taking in the matter “were a jurisdictional bar preventing the EPA” from doing so.

The inspector general’s report recommends the EPA update its guidance on Section 1431, providing examples of emergency order situations, and examples of what would be considered a proper response by state and local authorities. The office also calls on the agency to train all relevant personnel on Section 1431 and its updated guidance.

Flint has been back on Detroit's water supply since October 2015. As recently as August 2016, 10 percent of homes in "high risk" part of the city were found to have lead levels higher than the federal maximum of 15 parts per billion.

Last month, the U.S. Senate passed a water infrastructure bill that would direct hundreds of millions of dollars to municipalities like Flint to update old pipeline systems. That bill has not yet passed the House of Representatives, and reports indicate that the Flint funding could be cut in a House version of the legislation.

Flint officials voted in June to remain with the KWA, after a period in which Mayor Karen Weaver indicated that the city could leave the nascent authority. Updates to the KWA infrastructure plans were made because Flint must stay on Detroit’s water supply until the switchover is made; the previous plan had involved repurposing the pipeline that brings water from Detroit to Flint as part of the KWA line.