Increased volumes in its Decorative Paints division are one highlight of a mixed third quarter earnings report from AkzoNobel (Amsterdam, Netherlands).

According to the report, issued Wednesday (Oct. 19), volumes grew in both the company's Decorative Paints and Specialty Chemicals businesses, but that growth was offset by declining volumes in the Performance Coatings business.

Revenue Down but Profits Up

While overall revenue was down 4 percent, to €3.6 billion (about $3.95 billion), which the company attributes to currency and price/mix effects, EBIT (earnings before interest and tax, a key profit figure) was up 1 percent, at €442 million ($484.7 million). The company attributes the profit increase to “continuous improvement initiatives and lower costs” but acknowledges they were also partly offset by adverse currency effects.

Operating income was up 4 percent as well, reaching €454 million (about $497 million), which the firm credits to a positive impact by incidental items. 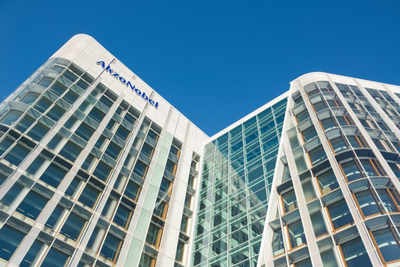 Two other key indicators were up for AkzoNobel in the third quarter: Return on sales was reported to have grown, at 12.3 percent, and return on investment improved to 15.2 percent. The company says those two figures improved across all three business areas.

While the market environment remains uncertain, and challenging conditions continue in several countries and segments, the manufacturer noted that has not changed its outlook. "Deflationary pressures and currency headwinds are expected to continue," it said. "We maintain our financial guidance for 2016-2018."

Volumes in AkzoNobel’s Decorative Coatings division were up 3 percent, owing to growth in Asia and Europe, the Middle East and Africa (EMEA). Volumes in Latin America dropped, however, and revenues for the business were down about 3 percent, due, the company says, to unfavorable currency effects.

While no major product releases occurred in the Decorative Coatings division in the third quarter, the business did announce its 2017 color of the year, Denim Drift.

Specialty Chemicals also saw a slight bump in volumes, up 1 percent. Growth in the Industrial Chemicals segment offset lagging demand from the oil industry. A 3 percent drop in revenues is attributable to deflation in some markets, the company says.

During the third quarter, the Specialty Chemicals division released Berol DR-B1, touted as an environmentally friendly surfactant for degreasers and outdoor cleaning products.

Performance Coatings volumes were down 2 percent, which the company attributes to adverse conditions in the marine and oil and gas industries. The Automotive and Specialty Coatings segments saw growth, however, limiting the extent of the slip in volumes for the business.

The third quarter for Performance Coatings was marked by the release of the Aquasilk waterborne wood coating in China, the report notes. Aquasilk, an anti-scuff coating for furniture, is designed to help customers in China meet local environmental standards.

Additionally, the quarter also saw the introduction of Intersleek 1000, which incorporates a bio-renewable raw material, to its marine foul release coatings line.

Earlier in the year, AkzoNobel announced its intention to acquire BASF’s Industrial Coatings business. The company says that deal is expected to be completed before the end of 2016.

AkzoNobel also launched its first flagship Human Cities project in China, aiming to renovate four historic locations and expand access to sports and culture for residents. Its Human Cities initiative has been active elsewhere, including in Indonesia, where the company recently helped build a bridge between two villages.

AkzoNobel’s year-to-date figures for 2016 (January through September) are mixed as well. Revenue is down 5 percent in comparison with the first three quarters of 2015, but operating income and EBIT are both up 6 percent.

“We broke ground on a powder coatings plant in Mumbai that will bring us closer to our customers in the north and west of India. We also introduced innovative products that bring major sustainability benefits to our customers.”