One of the largest construction concerns in New York City has agreed to pay more than $9 million in restitution and penalties for systematically overbilling clients over a 13-year period, authorities have announced.

Plaza Construction LLC—the firm behind projects at the Empire State Building and the Brooklyn Navy Yard, among others—has been charged with mail and wire fraud for improper billing practices, the U.S. Attorney’s Office for the Eastern District of New York announced Thursday (Oct. 13).

It is the fourth such case in a city-wide effort to root out construction fraud. 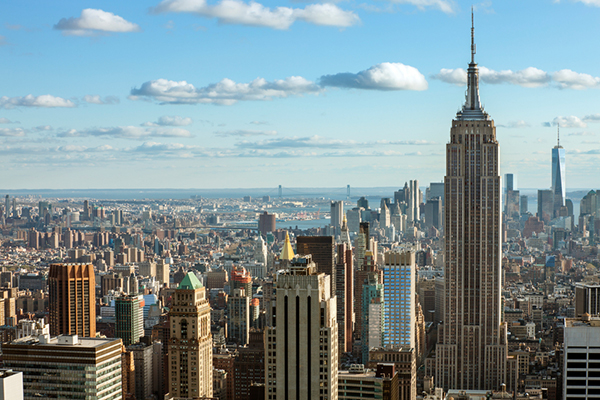 Prosecutors say the firm improperly billed clients more than $2.2 million for hours not worked and inserted hidden surcharges into its bills for the purpose of obtaining payments to offset administrative costs.

Plaza Construction has entered into a deferred prosecution agreement with the U.S. Attorney’s Office in which it admitted to the fraud and agreed to repay clients and pay penalties and forfeitures totaling $7 million to the government, in lieu of being indicted.

In addition, the company has agreed to institute company-wide reforms designed to eliminate future problems and enforce best industry practices.

Plaza Construction officials have told members of the media that the company was accepting responsibility for “inappropriate past practices.”

In an emailed statement, the company told D+D News it was "pleased to have resolved this matter," and noted it fully cooperated with authorities and implemented a number of internal controls to ensure compliance and oversight.

The company, which also has offices in Los Angeles, Miami, Houston, Washington D.C, and Newark, NJ, averages $1 billion in annual revenue, according to its website.

Prosecutors alleged that Plaza Construction engaged in a fraudulent overbilling scheme that impacted a number of its projects for at least 13 years.

Typically, Plaza Construction acted as construction manager on projects, which required it to supply workers from certain trade unions and to supervise the work done by subcontractors or trade contractors, authorities said.

From at least 1999 through approximately February 2012, the company “submitted bills to clients, including government contracting and funding agencies, that contained numerous false statements and material misrepresentations and omissions,” prosecutors said. Moreover, from August 2004 through February 2012, Plaza Construction was alleged to have “systemically inserted a hidden surcharge in its bills to clients that was specifically prohibited and secretly generated additional revenue to offset certain administrative costs.”

In addition, from at least 1999 until 2009, Plaza Construction also billed its clients for hours not worked by labor foremen from Local 79 Mason Tenders’ District Council of Greater New York and carried out this fraudulent overbilling by doing the following:

In furtherance of this overbilling scheme, Plaza Construction completed and submitted time sheets to its clients as though the labor foremen had actually worked.

“[T]he company defrauded its clients and abused the trust placed in it to provide construction services at some of New York’s most storied sites,” said Robert L. Capers, U.S. Attorney for the Eastern District of New York.

The case marks the fourth such resolution by the Attorney’s Office aimed at eradicating fraud in New York City's booming construction industry.

In April 2012, Lend Lease (US) Construction LMB Inc. (formerly Bovis Lend Lease LMB Inc.) was charged with defrauding its clients. Lend Lease entered into a deferred prosecution agreement and paid $56 million in restitution and penalties for engaging in a 10-year overbilling scheme.

In May 2015, Hunter Roberts Construction Group LLC entered into a non-prosecution agreement and agreed to pay more than $7 million in restitution and penalties for engaging in an eight-year fraudulent overbilling scheme.

In December 2015, Tishman Construction Corporation was charged with defrauding its clients, entered into a deferred prosecution agreement, and paid more than $20 million in restitution and penalties for engaging in a 10-year overbilling scheme.