With the Labor Department’s controversial overtime rule set to be enacted in just two months, the U.S. House of Representatives passed a bill last week intended to delay its start by six months. This is just the latest volley in the dispute over the rule that aims to increase wages for approximately 4.2 million Americans.

The Regulatory Relief for Small Businesses, Schools and Nonprofits Act passed the House by a vote of 246 to 177 Thursday (Sept. 29). 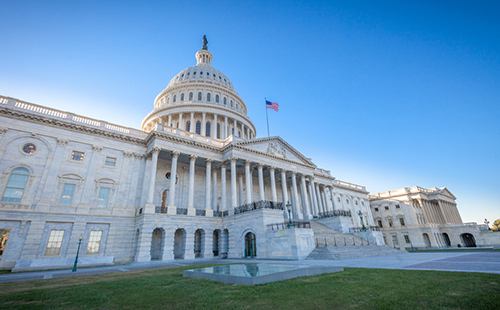 © iStock.com / dkfielding
Lawmakers voted to delay implementation of the controversial overtime rule for six months. President Obama has threatened to veto the measure.

The House bill may not have legs, according to Politico. President Barack Obama has said he would veto the measure if it was presented to him.

Originally set to take effect Dec. 1, the new overtime wage rule, which alters the Fair Labor Standards Act, would extend overtime protections to 4.2 million Americans who are not currently eligible for them under federal law. It was introduced May 18.

The house vote comes less than 10 days after officials from 21 states sued the Obama Administration, saying that the overtime rule would place a heavy burden on state budgets, force layoffs and boost employment costs. The states, including Texas, Louisiana and Nevada, asked the U.S. District Court of Eastern District of Texas to block the rule and ultimately overturn it.

Hours after the states announced their legal challenge, the Associated Builders and Contractors along with a coalition of other groups also filed a federal lawsuit in the same court seeking to overturn the rule.

Construction is one of the major industries where the new rule will have the biggest impact, according to the Economic Policy Institute. The construction industry trade groups have also applauded the House’s bill to delay its implementation.

In response to the lawsuits and critics, U.S. Labor Secretary Thomas Perez told Reuters that the rule has “sound legal and policy footing” and indicated the legal challenges were attempts to deprive workers of fair pay.

“The same interests that have stood in the way of middle-class Americans getting paid when they work extra are continuing their obstructionist tactics,” he told Bloomberg.

Perez said that only 7 percent of full-time salaried employees were currently eligible for overtime pay—down from 62 percent in 1975.

“I look forward to vigorously defending our efforts to give more hardworking people a meaningful chance to get by,” Perez told reporters.

Overtime protections require employers to pay one-and-a-half times an employee’s regular rate of pay for any work past 40 hours a week.

In addition to the raising the salary threshold, the new rule also updates the total annual compensation level above which most white-collar workers will be ineligible for overtime, raising the level from the current $100,000 per year, to $134,004 per year.

Under the new rule, the salary thresholds will automatically update every three years, based on wage growth over time, which helps to increase predictability, according to officials. Those updates are set to begin Jan. 1, 2020.

According to the Labor Department, to comply with the new rule, employers can:

The Labor Department specifically notes that the FLSA’s “duties test” was not modified. The test determines whether white-collar salaried workers earning more than the salary threshold are ineligible for overtime pay.

The rule follows a March 13, 2014, Presidential Memorandum directing the Labor Department to update the overtime standards.