The U.S. government has decided to join in a whistleblower lawsuit claiming a global supplier to the nuclear power industry defrauded the government.

“In intervening in this lawsuit, the U.S. Attorney’s Office seeks to ensure that entities that defraud the government are identified and held responsible,” said U.S. Attorney John Horn of the Northern District of Georgia. 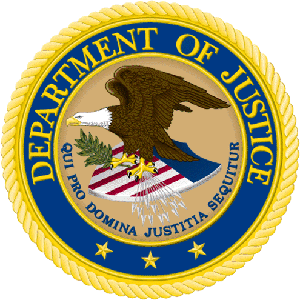 The complaint against E&P claims that the DOE had paid a premium in the millions of dollars for the company to supply rebar that met stringent regulatory standards for construction of the Mixed Oxide Fuel Fabrication and Reactor Irradiation Services facility at the DOE’s Savannah River site, near Aiken, SC.

However, E&P allegedly failed to perform most of the necessary quality assurance measures, while falsely certifying that those requirements had been met. Moreover, the suit further alleges that one-third of the rebar supplied by E&P and used in the construction was found to be defective.

According to the complaint, the facility’s thick concrete walls, intended to prevent radioactive material from being released into the environment, were among its critical safety features. The concrete walls were to be strengthened with rebar of very specific dimensions and tensile strength to enhance the strength of the walls.

Because the rebar was considered a “basic component” of the construction, it was required to be manufactured and supplied according specifications meeting the Nuclear Quality Assurance-1 (NQA-1) regulatory standard maintained by the American Society of Mechanical Engineers and endorsed by the Nuclear Regulatory Commission. Commercial-grade rebar was not considered suitable for use for the MOX facility.

However, the complaint claims that E&P simply purchased commercial grade rebar from a third-party supplier and had it shipped directly to the MOX facility, “without the required and vital quality assurance work ever having being performed.”

As part of its scheme, E&P reportedly sent a "Certification of Conformance/Compliance" with each shipment of rebar, which “explicitly and falsely” certified that the rebar complied with the quality assurance requirements.

Meanwhile, E&P billed the agency millions of dollars for material the company certified was NQA-1 rebar. At the time, the price of commercial-grade rebar was approximately $750 per ton, the complaint notes, but the federal government paid E&P about $3,400 per ton for rebar that E&P promised would be NQA-1 Rebar.

The sixteen invoices E&P sent for payment for the rebar were also considered to be “false and/or fraudulent because the required quality assurance work had not been performed,” the complaint indicated.

“E&P's scheme was particularly egregious in that, had it not been discovered, it could have subjected the public to the serious and long lasting risks associated with radiological contamination,” the complaint read.

However, the fraud was uncovered when the prime contractor discovered serious defects in some of the rebar supplied by E&P when it began installation. This led the prime contractor to investigate and discover that E&P had not performed the required quality assurance work, according to the court document

“The Department of Justice is committed to ensuring that construction suppliers who are paid a premium to meet high safety standards actually supply the goods and perform the work for which they are paid,” said Principal Deputy Assistant Attorney General Benjamin C. Mizer, head of the Justice Department’s Civil Division.

“When contractors cut corners, they not only cheat American taxpayers, but they also can put public safety at risk, particularly when their misconduct affects a facility that houses and processes nuclear materials,” he added.

The lawsuit was filed by Deborah Cook, a former employee of the prime contractor building the DOE facility, under the qui tam, or whistleblower, provisions of the False Claims Act.

Under the act, private citizens can bring suit on behalf of the government for false claims and share in any recovery. The act permits the government to intervene in such lawsuits, as it has done in this case. Defendants found liable under the act are subject to three times the damages and penalties.

According to Schleier Law Offices, the government intervenes in only a small percentage of qui tam cases, but when it does, chance of success greatly increases.

This matter was investigated by the Civil Division’s Commercial Litigation Branch, the U.S. Attorney’s Offices of the Northern District of Georgia and the District of South Carolina, and the DOE’s Office of Inspector General.

The claims asserted against E&P are allegations only, and there has been no determination of liability.