A former project manager with one of the largest construction companies in Indiana has been accused of bilking the business out of $2.7 million, according to authorities.

Troy L. Sissom, 52, who was once in charge of projects for the F.A. Wilhelm Construction Company (Indianapolis), was charged Sept. 22 with mail fraud and making a false tax return, according to United States Attorney for the Southern District of Indiana Josh J. Minkler. 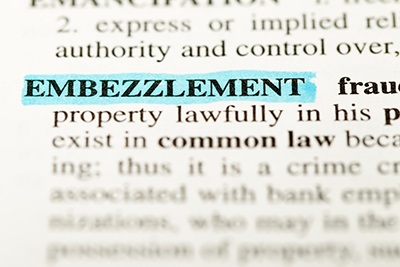 He could face 20 years in prison if convicted, in addition to restitution and unpaid tax liability, according to authorities. Authorities said Sissom has pleaded guilty to the charges.

Prosecutors say that between 2003 and 2015, Sissom, who was responsible for creating estimates, financial oversight and approving material purchases for his projects, created false invoices in the name of a bogus company he created, LTEE Source.

Sissom would submit the invoices, purportedly for building materials for his projects, to WCC’s accounting department and checks would be mailed to a UPS mailbox that Sissom controlled, prosecutors alleged.

He would deposit the money to an account created under the name LTEE Source and use it for personal purposes, authorities claim.

Not only did he cheat WCC out of nearly $2.7 million, but the tax loss to the Internal Revenue Service was over $381,000, prosecutors said.

“Internal theft costs all consumers through higher prices on goods and services,” said Minkler. “Fraud, tax evasion, and other white collar crimes, are offenses which ultimately take money out of the pockets of hard working Hoosiers and such crimes will be aggressively prosecuted by this office.”

WCC describes itself as “one of the largest employers of building construction labor in the Midwest,” on its website. For over 90 years, the general contractor, construction manager and design-builder has worked a number of high profile projects, including a new library at the University of Indiana.

The firm did not immediately respond to request for comment Wednesday (Sept. 28).

The case was investigated by the Internal Revenue Service-Criminal Investigation and the United States Postal Inspection Service.