By merging the two companies into one, the group, present on four continents and serving customers in over 100 countries, becomes the largest industrial coating resins company globally, Allnex said in its announcement. 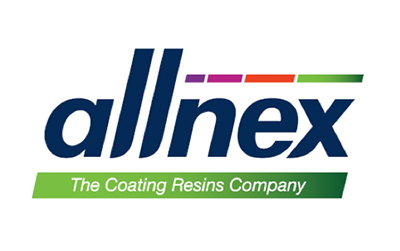 Allnex
With completion of the merger, Allnex has launched a new corporate logo said to be a symbolic representation of the combined strengths of Nuplex and Allnex.

“I am delighted that this business combination has taken place,” said CEO Miguel Mantas, who joined Allnex in February.

“With our comprehensive, state-of-the-art technology portfolio, our ability to provide clients with the right chemistry for their products is even more extensive than before,” he added.

Nuplex manufactures coating resins, along with polyester and vinyl ester resins and products related to resin-based flooring systems. The Sydney, Australia-based company, which claims about $1 billion in annual sales, does business in Australia and New Zealand, Europe, Asia, North America and Africa.

Nuplex shareholders approved the deal, in which Allnex would acquire all Nuplex shares, in July. The transaction, valued at $765 million, received antitrust clearance, the last regulatory approval needed to move forward, from the European Commission this month.

The new entity will operate under the name of Allnex and will draw on the expertise and scope of both Nuplex and Allnex, currently headquartered in Brussels, Belgium.

The two companies each have a history of commitment to innovation and engagement with customers, as well as complementary geographical footprints, according to the group; Allnex has facilities in Europe, Asia, North and South America and Africa.

“The combined company will be a strong global leader in industrial coating resins, with over 30 manufacturing sites and about two dozen research and technology support facilities,” said Ron Ayles, a managing partner at Advent International, the investor backing Allnex. Ayles is also head of the firm’s global chemicals practice.

“This puts us in an excellent position to consolidate current markets and develop new ones.”

As reported earlier, upon closing, the corporate headquarters office of the combined company is slated to be relocated to Frankfurt, Germany, a region with a longstanding tradition in the chemical industry.

Mantas noted that he was also looking to the move to the new headquarters location.

“The decision to choose Frankfurt for the future company’s headquarters was taken with the intention of establishing a new location, symbolizing a fresh start for the company,” he explained.

“Frankfurt offers excellent flight, rail and car connections. The city is located in the heart of Europe and Germany, the largest European economy and a key market for the company and for the coatings industry in general.”

As part of the merger, Allnex has launched a new corporate logo intended to symbolize the combined strengths of Nuplex and Allnex.

“It unites the visual identities of both companies and embodies our commitment to taking the best elements from both Allnex and Nuplex,” Rich Alexander, chairman of the Allnex Advisory Committee, said of the modernized branding.

Allnex, formerly Cytec Industries' Coating Resins business and acquired by Advent in 2013, now describes itself as a leading global producer of coating resins and additives for architectural, industrial, protective, automotive, and special purpose coatings and inks.