The European Union’s decision this summer to approve the use of copper in marine antifoulings is expected to deliver significant benefits for both the shipping industry and environment, says a Norwegian paint and coatings manufacturer.

“That’s why it’s excellent news for our customers that the EU, after an extensive review, has approved the use of copper in antifoulings through to 2026,” the company announced Monday (Sept. 19). 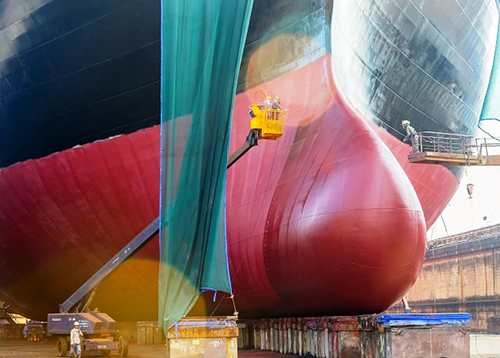 These are the forms of copper most commonly used in antifouling paints, and are reported to be the only products to have received approval at this time.

According to the EU Biocidal Products Regulation 528/2012, manufacturers of antifouling paints must submit applications to receive formal approval of all of their copper-based antifouling products by Jan. 1, 2018, sources said.

All categories of biocides and biocidal products, both existing and new, will undergo review by authorities, Superyacht News reported, adding that antifouling products and substances happen to be just one such category under evaluation.

Copper is a key ingredient of most antifouling coatings, valued for its ability to provide both environmental protection and cost savings, the manufacturer explains.

“Copper’s efficacy is second to none when it comes to delivering clean hulls,” comments Alfie Ong, vice president of marine coatings. “And clean hulls are integral to enhancing the sustainability of the shipping industry, both commercially and environmentally.”

Measuring hull performance in line with the soon-to-be-published ISO 19030, known as the Hull and Propeller Performance Standard, copper performs well above competing alternatives, according to the coatings maker.

The ISO standard, expected to available to the public in the third quarter of 2016, prescribes practical methods for measuring changes in ship-specific hull and propeller performance; it reportedly has the potential to deliver as much as $30 billion in annual fuel savings to the shipping industry.

Jotun says it has seen proof of the ROI benefits available to ship owners after applying its copper-based marine coating to more than 400 vessels worldwide. One vessel (Gearbulk’s Penguin Arrow, dry-docked in late 2015) reportedly showed fuel saving of $1.5 million, cutting CO2 emissions by some 12,055 tonnes, across the 60-month period (compared to the previous five years).

“Copper is a key component which enables that performance,” Ong notes.

“Fouling of vessels results in loss of performance, increased fuel consumption with consequent CO2 emission, damage to hull surfaces and, most importantly, translocation of invasive species,” Duncan Norman told Boat Business. Norman is part of the Copper Antifouling Environmental Programme, a consortium of companies who manufacture copper and copper compounds for use as active ingredients in antifouling paints.

“It is therefore essential that effective, economical and environmentally acceptable antifouling coatings remain available to boat owners,” he adds.

According to the EU, additional steps are required to approve the use of copper in individual coatings; however, Jotun indicates that this initial move is a critical first step forward for the industry.

“We welcome this decision, as will everyone interested in better environmental performance, efficiency and sustainability in shipping,” Ong says.