An industry analysis report issued by The ChemQuest Group Inc. shows lags in the specialty coatings segment of the U.S. market, brought on by decreased oil and gas activity and weak infrastructure spending. Original equipment manufacturer (OEM) coatings, though, are up, due in part to accelerated car sales. 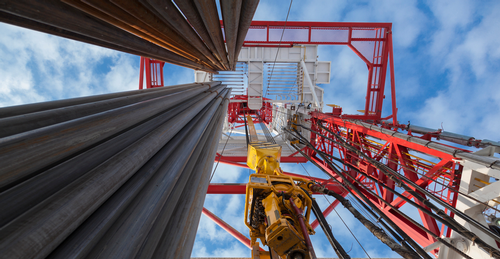 © iStock.com / ahopueo
Coatings for oil and gas will remain the “most significant headwind” in the segment in 2016, the report predicts.

Specialty coatings took a hit in 2015, according to the report, with volumes down about 6 percent; ChemQuest predicts another drop of 1 to 2 percent in that segment in terms of volume in 2016, though with prices slightly up, the company foresees overall sales remaining flat. Overall, specialty coatings generated $4.1 billion in sales in the U.S. in 2015.

Coatings for oil and gas will remain the “most significant headwind” in the segment in 2016, the report predicts, while sluggish infrastructure spending might finally pick up in the near future, boding well for the segment, according to ChemQuest.

The report notes that shipbuilding remains weak. The marine coatings industry, estimated at $11 billion globally, is centered in Asia, with nearly 60 percent of sales occurring in that region. Shipbuilding in Korea has been slow recently, with discussion of bailouts for the country’s biggest companies in that industry.

The OEM market saw increases in both sales (up 5 percent) and volumes (up 4.7 percent) in 2015.That’s due in part, the report says, to another increase in light vehicle sales, which ChemQuest expects to continue in 2016.

Powder coatings make up the largest slice of the OEM segment, at 25 percent. Transporation (including cars, trucks and other vehicles) comprises 15 percent of the segment.

The top few manufacturers in the OEM market make up a much bigger percentage of overall sales than they did just a decade ago, the report notes. The top six—AkzoNobel, PPG, Valspar, Axalta, Sherwin-Williams and Beckers Group—accounted for nearly 50 percent of the market in 2015, whereas the top six in 2005 accounted for only 28 percent.

For manufacturers, the ChemQuest report points out that costs and profits have remained largely the same over the past several years. Raw materials accounted for slightly more spending in 2015—about 1 percent more, according to the report—and labor, energy and overhead remained the same, leading to a slight drop in margins.

Resins and latex accounted for about 38 percent of raw-materials costs for manufacturers in 2015, according to the report. Pigments accounted for 25 percent, with the remaining costs going to packaging, additives and solvents.

The report notes that pigment costs dropped in 2015, a result partly of a moderation in the price of TiO2, a pigment used more widely in architectural coatings than industrial coatings.

The report also analyzes numbers in the architectural coatings segment and the adhesives and sealants market.

Architectural coatings showed about 4 percent growth in volumes, supplemented by slight increases in prices, in 2015. The report predicts only slightly less growth in 2016.

ChemQuest predicts growth in overall value for both adhesives (2.5 percent) and sealants (4 percent) in 2016.

The report, put together with Wells Fargo Securities, can be downloaded for free here.