The U.S. Securities and Exchange Commission has charged RPM International Inc. and its general counsel with disclosure and accounting fraud stemming from a Department of Justice investigation regarding roofing materials and services provided to the government.

According to the agency’s statement, RPM and Edward W. Moore, 59, “failed to disclose a material loss contingency, or record an accrual for, a government investigation when required to do so under governing accounting principles and securities laws.”

Meanwhile, RPM leaders say the allegations are without merit.

The SEC’s complaint, filed Friday (Sept. 9), says that from 2011 through 2013, RPM and its subsidiary Tremco Inc.—a manufacturer of roofing materials, construction sealants and waterproofing systems—were under investigation by the DOJ for overcharging the government on certain contracts.

RPM settled the DOJ investigation and litigation for $65.1 million in August 2013. 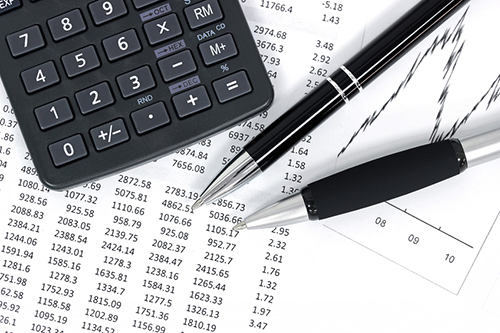 © iStock.com / Sky_Blue
The SEC announced it had lodged a disclosure and accounting fraud case against RPM International for failing to disclose a loss contingency or record an accrual for an investigation by the Department of Justice.

As RPM's general counsel and chief compliance officer, Moore allegedly oversaw RPM's response to the DOJ investigation, the SEC said. However, Moore did not inform RPM's CEO, CFO, Audit Committee, and independent auditors, of material facts about the investigation, the complaint alleges.

For example, Moore reportedly “knew but failed to inform” RPM executives that:

The SEC alleges that RPM filed multiple false and misleading documents with the SEC because of Moore’s actions. For example, RPM allegedly failed to disclose in its SEC filings:

“Because of RPM’s false and misleading SEC filings, investors were not timely informed that a material loss relating to the DOJ investigation was reasonably possible or probable,” the complaint states. “Investors also were not timely notified of a material weakness in RPM’s internal control over financial reporting and its disclosure controls.”

“RPM’s restatement thus confirmed that the company’s original SEC filings referenced above were materially false and misleading,” the complaint notes.

The complaint also charges Moore with violating certain sections of the Securities Act and rules under the Exchange Act.

The complaint seeks permanent injunctions, repayment of “ill-gotten gains” plus interest and penalties.

In response to the enforcement action, RPM’s CEO, Frank C. Sullivan, issued a statement Friday asserting that “the restatements had no impact on the audited results for the fiscal year ended May 31, 2013, and the company's audit committee concluded that there was no intentional misconduct on the part of any of its officers.”

Sullivan added: "We believe the allegations have absolutely no merit and are the product of prosecutorial overreach. We intend to vigorously defend ourselves and expect our position to be vindicated in court."

Further, RPM filed a Form 8-K with the SEC on Friday, stating that the company has “cooperated with the SEC’s investigation and believes the allegations mischaracterize both the company’s and Mr. Moore’s actions in connection with the matters related to the company’s quarterly results in fiscal 2013 are without merit.”

The filing also noted its confidence in Moore’s integrity and conduct.

RPM International is the parent company of Carboline, Tremco and dozens of other coating, sealant and chemical brands. The company is based in Medina, OH.

The SEC has demanded a jury trial.