The American Society of Concrete Contractors will be augmenting its concrete polishing programming through a merger with the Concrete Polishing Association of America, the two groups have announced. 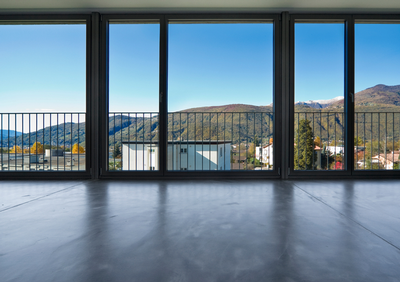 © iStock.com / zweiger alexandre
CPAA provides standards and certifications, education, and networking opportunities for those in the concrete polishing industry.

In a recent announcement, the two trade groups said that CPAA, which was founded in 2010, will become part of ASCC, and will be known as the organization’s Concrete Polishing Council. ASCC has three other specialty councils: the Decorative Concrete Council, Safety & Risk Management Council and Manufacturer’s Advisory Council.

Since its founding, CPAA has served to provide standards and certifications, education and networking opportunities for those in the concrete polishing industry. The organization has been headquartered in Farmington Hills, MI.

ASCC, based in St. Louis, counts approximated 600 companies in its membership and calls itself “the only association by and for all concrete contractors.” The organization's annual conference is being held this week (Sept. 15-18) in Minneapolis.

As a specialty council of ASCC, the Concrete Polishing Council will operate with its own bylaws and board of directors, but at the same time will be involved in the mission of ASCC.

“While CPAA has built its brand on education and specification, we were only telling half the story,” says CPAA president Chad Gill. “Combining with the ASCC, the strongest association in concrete placement, we now have an unrivaled depth of technical and real world knowledge about how to deliver the best possible end product.”

Gill notes that CPAA wasn’t dissatisfied with Creative Association Management, associated with the American Concrete Institute, which had managed the association previously, but it was simply time to make a change.

“CAM made us more solid and credible, increasing membership and adding significantly to the substance of the organization,” he says. “We become part of ASCC as a strong coalition of polishing companies, ready to take our next steps.”