Primer Made to Inhibit Moisture Vapor

According to Joe Schmit, director of the StrataShield flooring division, the primer is specially formulated to resist high pH and help protect the bond line between the floor topping system and the concrete surface. 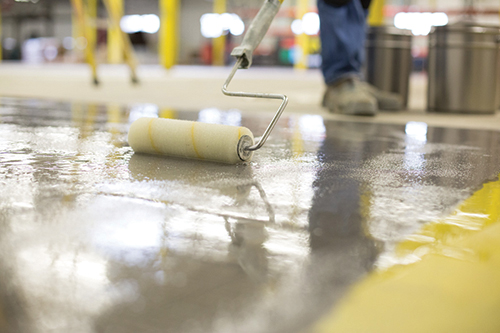 “Moisture vapor-related coating failures in new and existing concrete are common,” Schmit explains. “Bubbling and blistering, which can lead to delamination of a coating system, occurs when moisture vapor travels upward through the concrete floor, carrying with it various highly alkaline components, such as salts and chlorides, which raise the pH and attack the coating system at the bond line.”

Schmit notes that even when concrete is at full strength and fully cured it remains porous, so moisture vapor transfer and high alkalinity may still be a concern.

Series 208 can be applied as early as 10 days after newly placed concrete is installed instead of the standard cure time of 28 days for other primers, the manufacturer says.

Following application, it reportedly can be topcoated after six to eight hours of cure time at ambient temperatures.

“A selected floor topping system is then recommended to provide the appropriate service for the intended environment and service considerations,” Schmit added. “The end result will be a resinous flooring system that resists moisture vapor transmission.”

The 100 percent solids primer is said to conform to the volatile organic compound (VOC) requirements of every air district in the U.S., and its low odor enables its use in occupied areas, making it ideal for fast-track projects where sustainability is a consideration, according to Tnemec.

The primer also offers excellent resistance to high alkalinity levels up to pH 14, the company adds.