Government officials in the United Kingdom have given the green light on planning for what would be the world’s largest offshore wind farm.

Business and Energy Secretary Greg Clark, of the Department of Business, Energy and Industrial Strategy, gave development consent to Hornsea Project Two, which would construct 300 wind turbines off the Yorkshire Coast, the government announced Tuesday (Aug. 16). 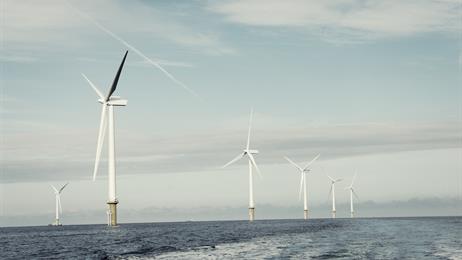 “The U.K.’s offshore wind industry has grown at an extraordinary rate over the last few years, and is a fundamental part of our plans to build a clean, affordable, secure energy system,” Clark said in a statement.

“Britain is a global leader in offshore wind, and we’re determined to be one of the leading destinations for investment in renewable energy, which means jobs and economic growth right across the country.”

In November, the Scottish government gave its consent to Hywind Scotland, a division of Statoil’s New Energy Solutions venture, to build the first floating wind farm in the world.

The Development Consent Order approved by Clark, at the recommendation of the Planning Inspectorate, covers the entire project, including the turbines, foundations, offshore and onshore substations, array cables and export cables, the Danish energy company said in a statement welcoming the decision.

The wind farm is expected to create up to 1,960 construction jobs and 580 operational and maintenance jobs, Clark said.

When complete, the wind farm will deliver up to 1.8 gigawatts of low carbon electricity, according to sources.

“Hornsea Project Two is a huge potential infrastructure project which could provide enough green energy to power 1.6 million U.K. homes,” said Brent Cheshire, DONG Energy's U.K. Country Chairman. “A project of this size will help in our efforts to continue reducing the cost of electricity from offshore wind.”

“Major developments of Hornsea Project Two's scale will pave the way for its continued growth alongside driving down costs, creating high value jobs, and supporting the U.K.'s transition to a low carbon energy supply," added Huub den Rooijen, director of Energy, Minerals and Infrastructure at The Crown Estate.

The Crown Estate is a diverse portfolio of U.K. buildings, shoreline, seabed, forestry, agriculture and common land that generates valuable revenue for the government every year.

Hornsea Project Two is one of three sites that make up the Hornsea offshore project, to which SMartWind also holds the rights, design and technology blog New Atlas reported.

Originally planned as the world’s largest offshore wind farm, Hornsea Project One is located 120 kilometers off the Yorkshire coast and covers an area of about 407 square kilometers (about 253 square miles). When complete, it will boast up to 240 wind turbines and a total capacity of up to 1.2 gigawatts, enough to meet the electricity needs of around 800,000 homes.

A decision has yet to be made on whether to develop Project Three, New Atlas noted; however, if all three were constructed, they would fill an area twice the size of the wider London metropolitan area and have a 4 gigawatt capacity—enough to meet the needs of about four million homes.

"Offshore wind is already on course to meet 10 percent of the U.K.’s electricity demand by 2020,” den Rooijen noted.