Solvay Specialty Polymers USA LLC is facing up to $115,000 in penalties after the U.S. Occupational Safety and Health Administration cited it for 11 alleged violations, including exposing employees to dangerous chemical hazards at its West Deptford, NJ, site.

“This gas poses serious safety and health risks to this company's employees, including fire and explosion hazards, frostbite, skin and lung irritation, and liver damage associated with chronic exposures," she added. 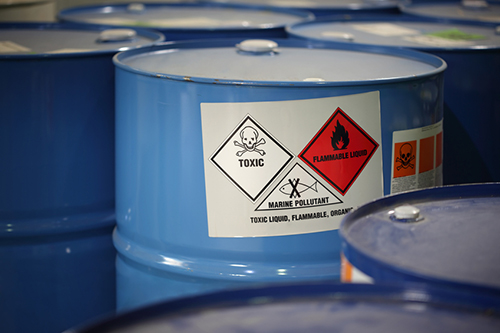 “An effective process safety management program is needed to protect workers and prevent the catastrophic release of highly hazardous chemicals.”

The company says it is reviewing the federal agency's conclusions and will contest if deemed necessary and appropriate.

"The audit's findings are undergoing careful study by the full Solvay team and outside experts," David Klucsik, a spokesperson for Solvay USA, said in an e-mailed statement.

"Out of respect for the agency and the appeals process afforded to us by OSHA, we will issue no additional comment on the initial findings until the remainder of the process is complete," he added.

The agency inspected the manufacturing plant in February, finding alleged violations of multiple federal process safety management regulations, including the failure to develop set written procedures for maintaining process equipment, which resulted in the repeat violations.

The investigation was conducted as part of the agency’s national emphasis program for chemical facilities.

The employer has 15 business days from receipt of its citations and proposed penalties to comply, request a conference with OSHA's area director or contest the findings before the independent Occupational Safety and Health Review Commission.

Solvay’s West Deptford, NJ, facility was established in 1986 by Ausimont SpA and was acquired by Solvay in 2002. The site employs 140 people and produces fluorinated gases for aerosols, solvents and other applications, as well as fluorinated elastomers and poly vinilidene fluoride (PVDF), according to the company’s website.

Founded in 1863, Solvay is a global chemical company headquartered in Brussels with approximately 30,900 employees spread across 53 countries. The company serves a variety of end markets including automotive and aerospace, consumer goods and healthcare, energy and environment, electricity and electronics, building and construction as well as industrial applications.