A federal grand jury in Columbia, SC, has charged seven people with cheating the government out of hundreds of millions of dollars in a construction fraud scheme.

The 18-count indictment charges the group with various frauds related to the award of nearly $350 million in federal government construction contracts, Acting United States Attorney Beth Drake announced via the U.S. Attorney’s Office for the District of South Carolina.

Federal prosecutors didn’t identify the relationship between Thomas and Tory Brock, but documents acquired by Law 360 indicate they are husband and wife, the legal news service said. 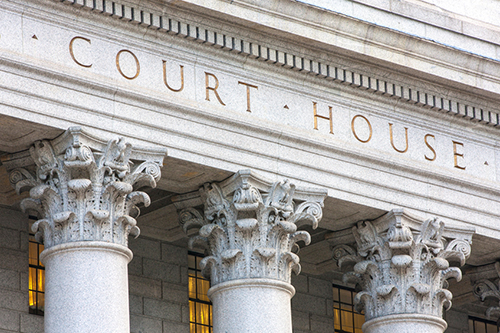 Although the indictment does not indicate where the construction took place or the nature of the work, area newspaper The State reported “three sources familiar with the charges said that the construction projects took place both in and out of South Carolina, involved military and civil projects, including at least one project at the Savannah River Site.”

Savannah River Site is a nuclear reservation owned by the U.S. Department of Energy. Built in the 1950s, to refine nuclear materials for deployment in nuclear weapons, it covers 310 square miles and employs more than 10,000 people.

Conspiracy to Defraud the U.S.

According to the indictment filed in federal court, the scheme, which began in 2002, took advantage of construction contracts administered through the Department of Veterans Affairs and the Small Business Administration.

These construction contracts were earmarked to be given to minority-owned, woman-owned, veteran-owned and disabled person-owned construction companies.

The indictment accuses the defendants of hiding the fact that their construction companies were not controlled by minorities, veterans, women or the disabled in order to receive the lucrative contracts.

The defendants allegedly secretly set up an interconnected set of businesses and conspired to defraud the federal government by misrepresenting their eligibility to obtain the government contracts, The State said.

Thomas Brock and Eddins allegedly conspired with Adams, McCutchen and Tory Brock to pose as the owners of a company called Boykin Contracting Inc. and other companies, according to a Law 360 report. In reality, the companies were controlled by Thomas Brock, Eddins and two of Eddins’ own companies, which were named Automatic Cash LLC and EEC LLC.

Automatic Cash is described as financing company and EEC as a construction consulting company in the indictment.

Prosecutors say Sauls created a paper trail of fake jobs performed by a Boykin subcontractor. White, who acted as an accountant for Eddins and his companies, then allegedly wired funds received by Boykin into accounts controlled by Thomas Brock and Eddins.

Thomas Brock, Eddins, White, Adams, Tory Brock and McCutchen were each charged with conspiracy to defraud the government in violation of Title 18, United States Code Section 371.

The maximum penalty for conspiracy is a fine of $250,000 and imprisonment for five years.

Eddins’ two companies were also charged with major fraud against the United States in violation of Title 18, United States Code Section 1031. The companies are facing a maximum fine of $10 million for this charge.

The indictments were returned July 19 and the defendants were arraigned Aug. 2. Magistrate Judge Shiva Hodges reportedly released them with the promise to appear for future proceedings.

Court records indicate that Thomas Brock and Eddins have pled not guilty, and Tory Brock was planning to enter a plea of not guilty as well, her attorney said.

U.S. Attorney Bart Daniel, who is representing Eddins, described his client as a “responsible businessman whose companies did good work,” according to The State.

“All these jobs in the indictment were finished on time, within budget and had outstanding performance ratings—and there was no loss to the government,” Daniel said. There is no mention of poor work quality in the indictments, he added.

It has been assigned to Assistant United States Attorney T. DeWayne Pearson of the Columbia office for prosecution.

The Acting United States Attorney noted that all charges in these indictments are merely accusations and that all defendants are presumed innocent until and unless proven guilty.