Resin Made to Up Coating Performance

SiVance C2010 resin is described as a high-performance material that helps extend the flexibility and impact resistance of protective coatings used in harsh operating environments such as undersea drilling, hydraulic fracturing and chemical manufacturing.

According to the Spartansburg, SC, company, hybrid formulations featuring this new resin enables formulators to help their customers avoid the cracking, delamination and blistering that lead to corrosion and failure of metal pipes, tanks and equipment. 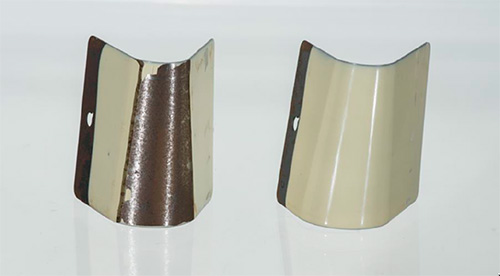 “While epoxies for protective coatings have been enhanced over the years, they are approaching their limits,” said Jeff Jones, SiVance business development director. “At the same time requirements for today’s extremely demanding environments are escalating.”

Jones explains that the resin product provides formulators a new tool for extending the durability of epoxies under the harshest of conditions in order to help their end customers reduce maintenance, replacement costs and downtime.

To facilitate formulation of these hybrids, SiVance C2010 resin uses a proprietary structure that makes it broadly compatible with aliphatic epoxies and aromatic epoxies such as bisphenol-A, bisphenol-F and phenol novolacs, the company says.

It suggests that the resin can benefit industry processes such as oil and gas exploration and extraction, offshore and marine operations and chemical manufacturing.

According to the manufacturer, laboratory tests that subjected coatings to high temperatures and pressures showed that a bisphenol-A epoxy-silicone hybrid formulation made with SiVance C2010 resin surpassed a bisphenol-A epoxy formulation in flexibility (conical mandrel bend test and a three-point bend test) and reverse impact performance (ASTM D2794).

These improvements in flexibility and impact resistance were achieved with only a minor decrease in other critical properties, including hardness and glass transition temperature, and had little to no impact on adhesion, SiVance explains.

Although organic modifiers and other reactive silicones provide similar flexibility upon curing, they lose this property more rapidly than the new resin under exposure to demanding environmental extremes, the company adds.

The new C2010 resin is available globally in commercial quantities and is currently registered under the Toxic Substances Control Act (TSCA) with other global approvals in progress, SiVance says.