Eyeing the 5.6 million existing buildings in the U.S. not currently covered by green building programs, the U.K.-based Building Research Establishment Environmental Assessment Methodology, or BREEAM, green building system has launched in America and is moving toward “full deployment.” 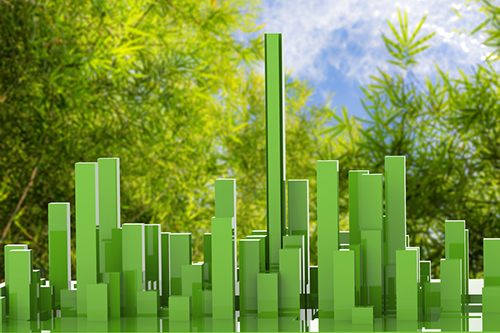 Based on the international BREEAM In-Use system, the manual is reportedly tailored to the particulars of the U.S. green building sector, taking into account specific legal and governmental requirements in place, officials say.

“We are excited to take the next step in making BREEAM USA accessible to green building assessors as well as building management and ownership groups across the country,” BRE America CEO Barry Giles said in a statement.

Officials first announced that the system would be migrating to the U.S. in June.

Founded in 1990, the BREEAM method is described as an “independent, science-based and inclusive assessment.”

The program provides managers and owners with a “framework for improving the operational sustainability of their asset, reducing energy costs and consequently carbon footprints,” officials explain.

Developments are awarded credits for achieving targets specified in nine categories, including energy and ecology. The final total of credits determines the rating and certification on a scale of Pass, Good, Very Good, Excellent and Outstanding.

Globally, BREEAM has completed more than 548,664 certifications and has more than 2.2 million registered buildings spanning 77 countries, the website indicates.

While the system is widely used throughout the U.K., the U.S. Green Building Council’s Leadership in Energy and Environmental Design (LEED) standard is the biggest green building player in the U.S. and, some experts say, internationally. LEED has 80,000 certifications and another 1 million buildings in the process of certification throughout 150 countries, officials report.

BREEAM’s entry into the U.S. market is “interesting;” however, it will not have an impact on LEED, Scot Horst, USGBC chief product officer, told the Environmental Leader, referring to LEED as the “international standard” for green building certification.

A BREEAM official told the media outlet that the two systems would not be in direct competition in the U.S., instead the systems will be “working alongside” one another.

However, Giles has indicated that BREEAM offers an “easier and less expensive” alternative to LEED’s existing buildings rating program.

He said online-based system has no prerequisites.

“We are trying to make the entry point much easier for existing buildings, rather than set a series of standards that they have to meet before they can even play the game,” Giles added.

BREEAM USA will begin to offer assessor training in October and has launched an “early adopter” program, according to Building Green.

The Bloc in downtown Los Angeles is one of the first properties to undertake the BREEAM USA In-Use standard, officials say. The open-air urban project includes an office building, restaurants, retail space and a renovated 496-room hotel.