Federal regulators have levied nearly $300,000 in total fines against three New Hampshire companies for allegedly failing to follow lead-based paint regulations at a commercial and residential property under renovation in Manchester. 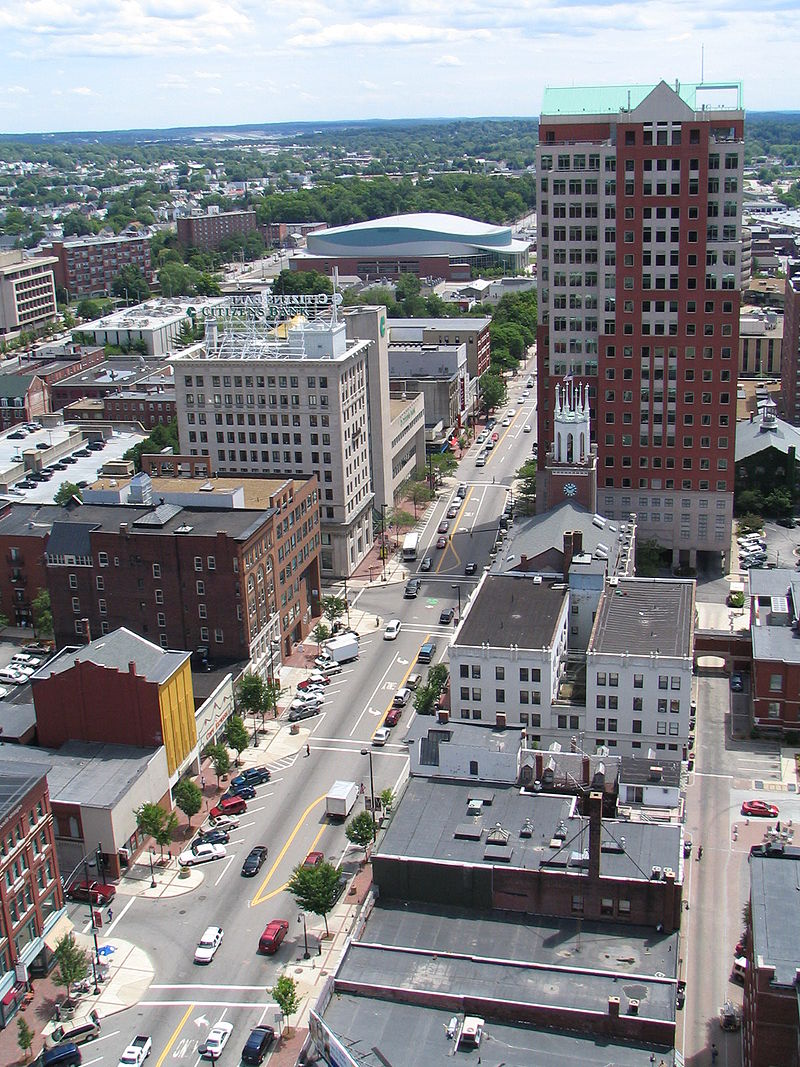 Wikimedia Commons / Mikespenard
The alleged violations occurred during renovations of the Lofts at Mill West located in Manchester, NH.

The alleged violations occurred at a property located at 195 McGregor Street in Manchester (known as the Lofts at Mill West).

Founded in 1992, Brady Sullivan Properties owns and manages a diverse portfolio of over 3 million square feet of mill, office and industrial space, according to its website. The developer has converted many mill buildings into residential and commercial spaces.

In a statement issued to local media, the company said it was “extremely sorry and embarrassed that the events occurred which led up to the action announced by the EPA.”

The statement continued: “We are very thankful that no one suffered lead poisoning in connection with the event. The company regrets that it chose the wrong sandblasting contractor to conduct the work that created the problem and has ceased doing business with that contractor.

“Brady Sullivan spared no expense and acted as quickly as possible to mitigate the problem as soon as notified of the situation. We regret the impact to anyone affected by the event.”

Acting on a complaint about lead dust in the building, EPA performed a series of inspections in May 2015. During those inspections, EPA observed dust and chipping paint throughout the interior common areas of the building (areas to which tenants continued to have access during renovation activities), according to the EPA.

At the time of the inspections, building residents included children, who are most at risk for lead poisoning.

The source of the dust was identified as sandblasting being performed by ECSI on the first floor, according to the EPA. Tenants alleged that the property owner downplayed their lead dust concerns.

As part of the federal investigation, the New Hampshire Dept. of Health and Human Services conducted dust-wipe sampling which confirmed levels of lead in the dust and in paint chips well above acceptable health-protective standards, EPA alleged.

The City of Manchester ordered a halt to the sandblasting on May 11, 2015, because the subcontractor, ECSI, had not obtained the required permit from the City to conduct such activity.

On June 19, 2015, EPA issued a unilateral order to property owner Brady Sullivan to clean up lead dust and chipping lead paint on the third and fourth floors of the building and in common areas throughout the property.

In the first of the related actions, EPA has issued an administrative complaint against Brady Sullivan for alleged violations of the Real Estate Notification and Disclosure Rule and the Renovation, Repair and Painting (RRP) Rule. Proposed fines total $139,171 in the case.

EPA alleges that Brady Sullivan Millworks II, which owns and manages 98 residential apartments on the building's third and fourth floor, violated the Toxic Substances Control Act when it failed to provide tenants in 14 apartments at the Lofts at Mill West with lead paint disclosure information.

The complaint also alleges that Brady Sullivan Millworks IV, which owns and manages a portion of the first and second floors, violated three provisions of the RRP Rule during renovation activities occurring in those portions of the building.

The second of the related actions alleges that ECSI violated the RRP Rule and carries a proposed fine of $152,848.

EPA alleges that during renovation activities at the Lofts at Mill West, the contractor violated six provisions of the RRP Rule, including the failure to properly contain the work area.

ECSI had been hired by Brady Sullivan Millworks IV to perform demolition and renovation work on the first and second floors of the building as part of an effort to convert the space to residential units.

A phone call requesting comment from ECSI was not immediately returned Friday (Aug. 5).

The companies now have 30 days to respond to the complaints, according to the federal agency.