A New Mexico lawmaker is in hot water over what some are calling nepotism after he directed funds to a charter school that awarded his brother, an architect, a contract.

The complaint alleges that Pacheco “sponsored more than $1.2 million in taxpayer-funded capital outlay funds to the project managed by (and for the profit of) his family, without disclosing such a relationship as required by law.” That represents the funds the lawmaker requested; the complaint lays out $230,000 in funds that were actually approved by New Mexico Gov. Susana Martinez in 2014. 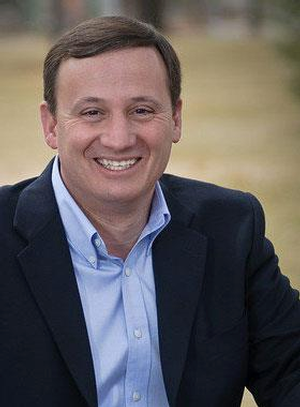 The Albuquerque Journal reported Wednesday (Aug. 3) that Pacheco said the amount he actually obtained for the school project was “$81,000 over a three-year period.”

ProgressNow alleges that Pacheco’s actions may have violated both the New Mexico Constitution and the Government Conduct Act, which outline that the state should not award a contract to a legislator or a legislator’s family unless the connection has been disclosed.

Pacheco has reportedly said that he did not know of his brother’s involvement in the school project at first, and that he disclosed the connection when it was brought to his attention, in 2014.

The complaint notes that Paul and David Pacheco formerly served together in leadership roles at the Pacheco Group, which ProgressNow characterizes as a “family-run planning, construction and architectural firm.”

Pacheco’s campaign website outlines his career in law enforcement, working for the Albuquerque Police Department and the Federal Bureau of Investigation. It notes that he is also a “small business owner” with his wife.

Rep. Pacheco has called the allegations a “smear campaign” designed to affect his re-election bid. Pacheco, a Republican who has served the state's 23rd legislative district since 2012, faces a challenge from Democrat Daymon Ely.

ProgressNow calls itself “the voice of the progressive movement in New Mexico.” The organization refers to its “Right Wing Watch” on its website.

On Friday (Aug. 5), Pacheco’s official campaign Facebook page posted an update that made reference to, among other accomplishments, the representative’s work regarding STEM education. The statement read, in part: “A former small business owner, I've committed myself to ending heavy regulatory & tax burdens on the business community while supporting critical science, technology, engineering and math programs in our schools.”