While jobs creation for the middle class was a major focus of Clinton’s infrastructure investment plans, Trump’s spending proposal is part of his plan to stimulate the United States’ economy, The New York Times reported.

“Well, I would say at least double her numbers, and you're going to really need more than that,” he said in an interview on the Fox Business Network, according to numerous sources. 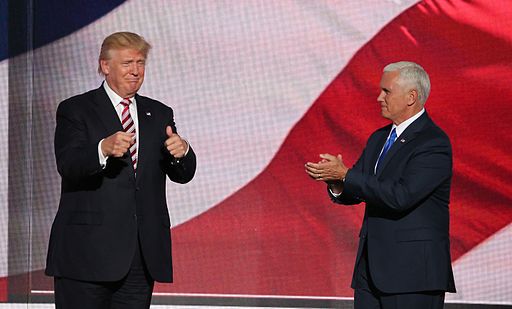 By Ali Shaker/VOA / Public domain via Wikimedia Commons
Republican presidential nominee Donald Trump indicated that an investment in spending to fix the nation's ailing infrastructure would need to be at least double the figure Democratic nominee Hillary Clinton proposed in November.

Although he hasn’t laid out specifics related to his infrastructure spending plan, Trump would reportedly call on his experience as a builder to “redevelop infrastructure more efficiently than others could,” the Times explained.

As previously reported, Clinton’s plan seeks to increase federal investment in infrastructure by $275 billion over the next five years. Of that, $250 billion will be slated directly toward work on roads, airports and public transit, campaign aides said.

A national infrastructure bank will be created with the remaining $25 billion. The bank is expected to promote private investment in projects and would "support an additional $225 billion in direct loans, loan guarantees, and other forms of credit enhancement," an aide told CBS at the time.

Together, the Clinton proposal could direct $500 billion in new infrastructure funding into the nation’s projects.

The American Society of Civil Engineers predicts that $3.3 trillion will be needed through 2025 to fund airports, highways and other infrastructure, business news site Bloomberg said, adding that U.S. spending is expected to fall $1.4 trillion short of that.

When asked how he would fund $800 billion to $1 trillion needed for infrastructure spending, Trump described an infrastructure bond scenario that would be supported by government bonds purchased by private investors and the nation’s citizens.

“We’ll get a fund, we’ll make a phenomenal deal with the low interest rates and rebuild our infrastructure,” Trump said.

Sources point out that this is not a new concept—in fact, it has been promoted by liberal groups as a way to improve ports, dams, water treatment facilities and large urban redevelopment projects, the Times noted.

Republicans, who historically have been resistant to increasing government spending to boost employment were not fans of that plan, which included more than $48 billion in highway, public transit and airport improvements, The Wall Street Journal noted.

“I’m old enough to remember when the people who supported Trump hated this idea when Obama proposed it,” Leon Wolf, a commentator on the conservative website Red State, told the Times.

“I think it’s a smart idea,” Lawrence Mishel, president of the left-leaning Economic Policy Institute (EPI), told liberal media group Salon, adding that infrastructure projects tend to be strong investments, so borrowing money to pay for them is a smart thing to do.

“The fact that you can distinguish [Trump’s infrastructure proposals] from those of the mainstream Republicans only suggests how off-target and ideological are the [Paul] Ryan-type Republicans,” he added.

Critics point out, too, that the proposed spending requirements would do little to help Trump’s stated goal of reducing the deficit. Combined with his proposed a tax cut, this spending would increase the deficit for a “significant period of time,” analysts warn.

Meanwhile, as would be expected, Clinton’s campaign indicated it has “little faith” in the Trump strategy, the Times noted; aides indicate the campaign has doubts he has serious ideas for tackling the country’s infrastructure needs.

“Donald Trump’s only actual infrastructure proposal is to build a giant wall on the Mexican border and have Mexico pay for it,” said Clinton spokesman Brian Fallon.

Editor’s note: This story was one of our most popular of 2016, and ran in our Reader’s Choice issue on Dec. 27. Since the article first ran, Donald J. Trump has been elected President of the United States. While the details of his infrastructure plan have not been hammered out as of December 2016, click here for an update on what some of its features might be.