Federal prosecutors claim Andrew Manganas, 59, together with his company Panthera Painting Inc. (Canonsburg, PA), not only dumped contaminants into the Susquehanna River but also stole from employee benefit plans, the U.S. Attorney’s Office for the Middle District of Pennsylvania announced Thursday (July 28).

If convicted, Manganas could face decades in prison and fines totalling hundreds of thousands of dollars. 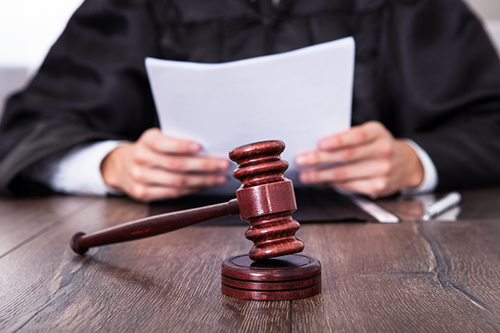 © iStock.com / AndreyPopov
The U.S. Attorney’s Office for the Middle District of Pennsylvania announced that a federal grand jury in Harrisburg has indicted Andrew Manganas and Panthera Painting Inc. on embezzlement, fraud, false statements, and environmental charges related to a subcontracted bridge project.

“The indictment handed down today ... demonstrates the strong commitment of the Department of Transportation and the Office of Inspector General to ensuring the integrity of the Federal-aid Highway Program,” said Douglas Shoemaker, U.S. DOT OIG regional Special Agent-in-Charge.

“Working with our law enforcement and prosecutorial colleagues, we will continue to protect the taxpayers’ investment in our Nation’s infrastructure from fraud, waste, abuse and violations of law,” he added.

The indictments are only allegations at this time, and Manganas is presumed innocent until determined otherwise in court.

The company did not respond Monday (Aug. 1) to a request for comment.

In October 2009, Manganas’s company had won the $9.87 million subcontract that was part of the $42 million rehabilitation of the George Wade Bridge along Interstate 81 for the Pennsylvania Department of Transportation (PennDot).

The subcontract, which covered the blasting, resurfacing and painting of the structural steel on the bridge, ultimately grew in value to approximately $10 million, according to the Attorney’s Office.

During the course of that work, prosecutors allege that Manganas “knowingly caused discharges of pollutants into the Susquehanna River” in violation of the Federal Clean Water Act. Further, the project contract reportedly prohibited the discharge of pollutants without a permit.

The subcontractor was expected to control contaminants and prevent pollution through containment by covering the areas being blasted clean and repainted, officials say, as well as by using ropes, cables, fabric, metal pans and waste collection and recycling systems on other areas.

However, the indictment alleges that between 2011 and 2013, “Panthera workers, at the direction of and with the knowledge of defendant Manganas, in fact used a variety of methods and equipment to discharge pollutants, including abrasive paint blasting materials, waste paint, and metal, into the Susquehanna River, rather than collect them for recycling or disposal as hazardous waste,” prosecutors wrote.

Specifically, the indictment claims that workers blasted paint off of metal outside of containment areas; used air hoses connected to blasting equipment to blow debris off the bridge and into the river; used fabric with holes in it for containment; had workers poke holes in containment to let wastes discharge into the river; pushed waste off the side of the bridge; and tipped over metal pans used to collect paint waste.

“Unpermitted discharges of pollution threaten our lakes, rivers and streams and can pose serious risks to public health and our communities,” said Jennifer Lynn, assistant special agent in charge of EPA's criminal enforcement program in the Middle Atlantic States.

“Today’s indictment demonstrates that EPA and its partner agencies will aggressively investigate and prosecute actions that put our waterways at risk,” she added.

The Clean Water Act charges each carry a maximum penalty of up to three years in prison and a fine of up to $50,000 per day of violation, a term of supervised release following imprisonment and a fine, officials say.

The indictment further claims that Manganas and Panthera embezzled money from employees’ benefit and pension plans.

The federal oversight and funding of the contract requires each contractor and subcontractor to submit Certified Payroll Reports for every worker and every pay period to certify that the appropriate federally established prevailing wage was being paid to each worker, according to the U.S. Attorney’s Office.

Prosecutors determined that a “side payroll” scheme was allegedly in effect, through which workers received two checks: one for regular hours and a separate “per diem” check, reportedly for overtime hours.

The per diem checks allegedly did not include required contributions to the workers’ union welfare benefit and individual employee’s pension plans.

The indictment alleges that approximately $400,000 was embezzled from these benefit and pension plans by Manganas and Panthera between 2011 and 2013.

The embezzlement offense carries a maximum penalty of up to five years in prison and a $250,000 fine, according to prosecutors.

In addition, the defendants have also been charged with 21 separate counts of making and using false statements in a matter under the Federal Highway Administration’s (FHWA) jurisdiction by submitting false certified payroll reports to the agency between 2011 and 2013.

The false statement charges reportedly each carry a maximum penalty of up to five years in prison and a $250,000 fine.

The defendants are also charged with 21 counts of wire fraud by leading the FHWA to wire payments from the Federal Highway Trust Fund to the Commonwealth of Pennsylvania, which included payments for work performed by the defendants.

The wire fraud charges are said to carry a maximum penalty of up to 20 years in prison and a $250,000 fine per charge.

“Businesses receiving federal funds have an obligation to do honest, transparent work in return,” said FBI Special Agent in Charge William F. Sweeney Jr. “Anything less is a violation of public trust and a waste of taxpayers’ money.

“The FBI will continue its work to ensure that fraudsters are thoroughly investigated and brought to justice,” he added.

In 2013, the Occupational Safety and Health Administration cited Panthera for 38 alleged violations related to repeated lead exposures and fall hazards on the same project. The OSHA website indicates the company has a penalty payment plan in place to resolve the citations under a formal settlement.