Employers anticipating enforcement to begin in August for provisions of the new federal injury and illness reporting rule are getting a brief reprieve. Federal workplace safety regulators announced they will delay enforcement of the anti-retaliation provisions in the new regulation.

The move follows a federal lawsuit, filed by the Associated Builders and Contractors, the National Association of Manufacturers and other groups, challenging the provisions and seeking to enjoin the rule’s implementation. 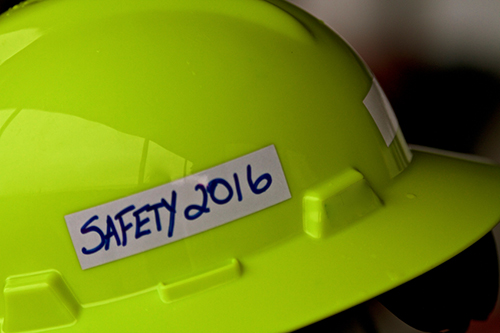 ©
Construction industry employers and others have a reprieve in the enforcement of portions of OSHA's new injury and illness reporting rule. OSHA has pushed back enforcement of the rule's anti-retaliation provisions until Nov. 1.

Originally set for enforcement Aug. 10, the Occupational Safety and Health Administration now says enforcement of the anti-retaliation measures of the “Improve Tracking of Workplace Injuries and Illnesses Rule” will be pushed back to Nov. 1, 2016.

The reporting provisions of the rule, which require employers to make all injury and illness data public, are still to take effect Jan. 1, 2017.

Following the delay, Linda Kelly, NAM senior vice president and general counsel, said the rule delay “reaffirms [the] view that OSHA lacks the statutory authority to enforce this rule,” noting that the rule will have “costs, real-world impact and is fundamentally infeasible.”

The delay, according to a July 13 OSHA announcement, will allow the agency to conduct “additional outreach and provide educational materials and guidance for employers.”

The rule includes language that restricts post-accident drug testing as a form of retaliation.

“The final rule does prohibit employers from using drug testing (or the threat of drug testing) as a form of adverse action against employees who report injuries or illnesses,” according to OSHA.

“To strike the appropriate balance here, drug testing policies should limit post-incident testing to situations in which employee drug use is likely to have contributed to the incident, and for which the drug test can accurately identify impairment caused by drug use.”

The language has raised questions regarding the types of situations where post-incident drug tests would be unreasonable as well as how to test for “impairment” as most current testing methods are unable to test for impairment of alcohol, marijuana and other drugs but rather indicate whether levels are present in the employee’s system at the time of testing, according to an analysis by The National Law Review.

ABC: Testing is Key to Prevention

The groups challenging the anti-retaliation provisions believe that such measures will impact an employer’s ability to operate and maintain a safe construction jobsite.

In a statement, ABC Vice President of Health, Safety, Environment and Workforce Development Greg Sizemore said, “[I]t’s inconceivable to those of us who study how to improve safety performance that OSHA would want to limit drug and alcohol testing as part of the investigation after an accident or near-miss incident.”

“Root cause analysis is key to developing procedures that prevent future incidents, so we need to know whether drugs or alcohol were a factor.”

Sizemore said the groups also take issue with the agency’s “attempt to restrict or eliminate programs that recognize workers for helping to establish a high-performance safety culture.”

While the rule does not prohibit incentive programs, OSHA believes programs, such as bonuses or drawings for prizes offered in an effort to encourage workplace safety, result in the significant underreporting of recordable injuries and could be viewed as an act of retaliation.

The Bureau of Labor Statistics reports more than 3 million workers suffer a workplace injury or illness every year.